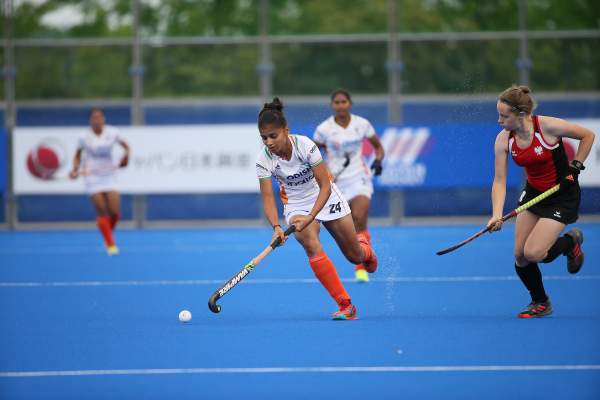 Indian women's hockey team continued its winning spree in the FIH Series Finals defeating Poland 5-0 for its second successive win from as many matches at Hiroshima on Sunday. 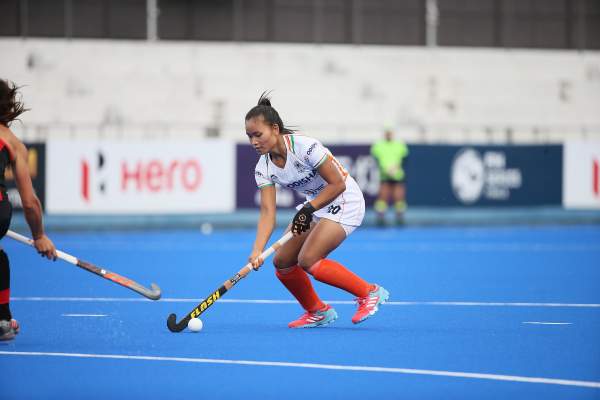 With this win, India stays at the top of the table with maximum six points from two games. Yesterday India had beaten Uruguay 4-1.In other games decided today, Uruguay beat Fiji 4-0, Russia defeated Mexico 6-0 and the South America;s Chile surprised the Asian Games champion and the host Japan 3-1. Continuing from where they left yesterday, Indian women had to wait till the 21st minute before taking lead through a brilliant field goal by Jyoti. 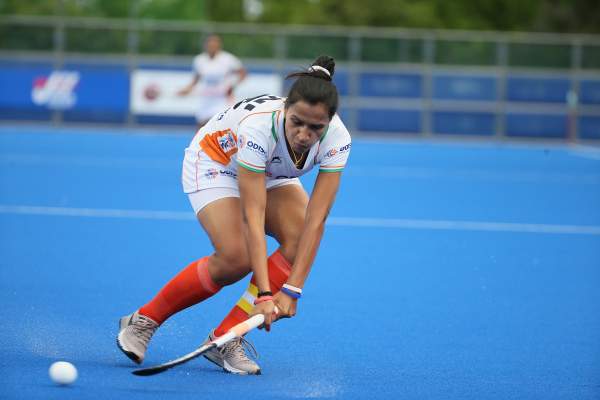 Five minutes later when India forced one of the its several penalty corners, it was Vandana Katariya who found the target to make it 2-0 for India. Ace drag flicker, Gurjit Kaur, who opened her account yesterday, scored twice, first in the 28th with a beautiful flick and five minutes into the second half, she made no mistake from a penalty stroke to make it 4-0 for her team.In the fourth and final quarter, it was Navneet kaur who called the shots. She not only scored her first goal of the tournament but also gave India its fifth goal.