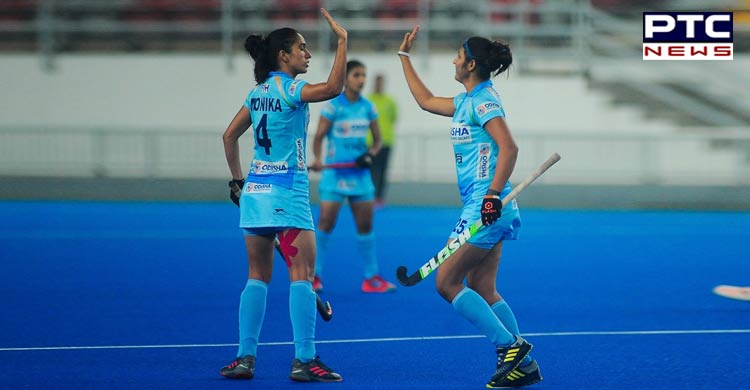 Indian women's hockey team has done it. Defeating Chile 4-2 in the semi-final of the FIH Series Finals at Hiroshima, Indian women have not only qualified for the gold medal match but also assured themselves a berth in the Olympic Qualifier for Tokyo 2020. The win, India's fourth in Hiroshima event, was masterminded by drag-flicker Gurjit Kaur, who scored two of four goals while skipper Rani and forward Navneet chipped in with one goal each. It was Chile that made a good start in the game. 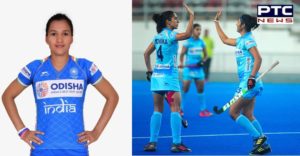 Its move of putting pressure on Indian defence paid dividends when in the 18th minute Garcia Carolina put the South Americans ahead with a fine opportunist goal that had Indian defence on the wrong foot. 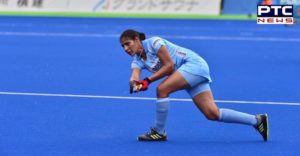 The South Americans continued to maintain pressure but not before the Indians settled down and made deep penetrations into their rival citadel. One of such moves earned them a penalty corner that saw Gurjit Kaur meeting the target with a neat flick. Once the teams were at par in the 21st minute, Indians took over the control of the game and started dominating.

A minute after the breather, it was Navneet who surprised the Chilean defence with a brilliant field goal to put India in the lead. Six minutes later, Gurjit added yet another goal from a penalty corner award with a neat flick. Chile, however, fought back to reduce the margin the 43rd minute when Manuela Urroz scored from a penalty corner to make the score 2-3. It was left for skipper Rani to score India's fourth goal in the 57th minute with some brilliant stick work.