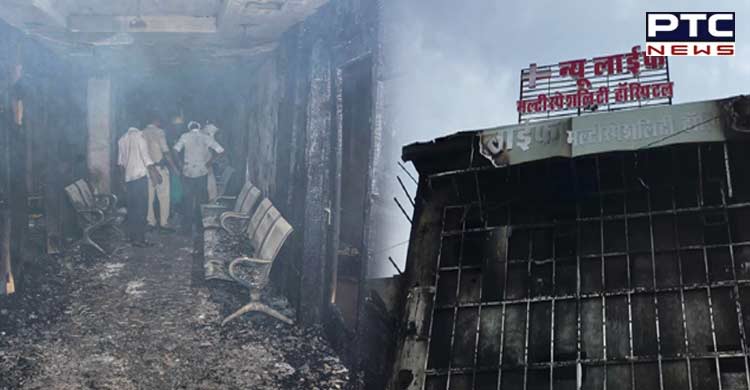 Jabalpur (Madhya Pradesh), August 2: After nine persons were killed in a fire incident in the Jabalpur Hospital fire incident, the Jabalpur Police have registered an FIR against five people, including four doctors, police said on Tuesday.

According to Superintendent of Police Akhilesh Gaur, "the FIR has been registered against five people in the connection with the hospital fire incident. The manager of New Life Multi-Speciality Hospital, identified as Ram Soni and four doctors : Dr Nishit Gupta, Dr Suresh Patel, Dr Sanjay Patel and Dr Santosh S have been charged under sections 304, 308, 334 of the Indian Penal Code. The sections pertain to causing death and hurt through negligence."

"The premise of the hospital has been sealed and evidence is being technically analysed. We have got video records also that have been sent to the cyber team," he added.

According to officials, at least nine people were killed in a major fire at a private hospital in Madhya Pradesh's Jabalpur on Monday. Shivraj Chouhan, the Chief Minister of Madhya Pradesh, announced an ex gratia of Rs 5 lakh each to the deceased's nearest kin.

"In this hour of grief, the bereaved families should not consider themselves alone, I and entire Madhya Pradesh are with the families. The state government will provide assistance of Rs 5 lakh each to the next of kin of the deceased and Rs 50 thousand each to the seriously injured. The government will also bear the cost of complete treatment of the injured," the CM tweeted.

He further added that local administration and collector have been directed to keep an eye on the entire matter.