For the first time, India votes in favour of Zelenskyy addressing UNSC virtually 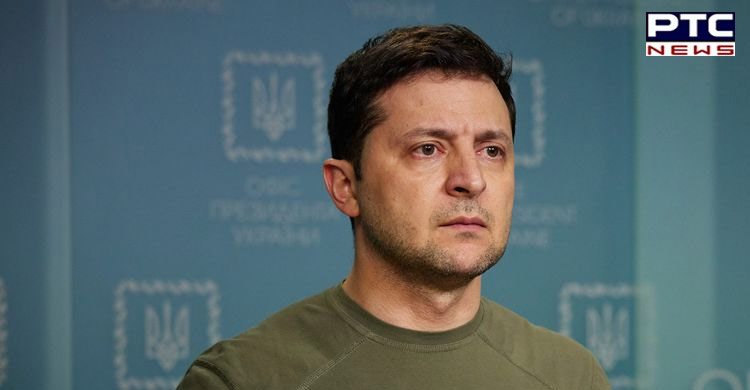 New York (US), August 25:India was one of 13 countries that voted in favour of a proposal that allowed Ukrainian President Volodymyr Zelenskyy to virtually address the United Nations Security Council (UNSC).

As the UN Security Council meeting began, Russia's ambassador to the UN, Vassily A Nebenzia, requested a procedural vote on the Ukrainian president's participation in the meeting via video conference. Russia voted against it, while China did not vote.

"The result of the voting is as follows: 13 votes in favour, one vote against, one abstention. The proposal to invite Volodymyr Zelenskyy, President of Ukraine to participate in today's meeting via VTC, has been adopted," Chinese Ambassador to the UN and UNSC President Zhang Jun informed on Wednesday.

Notably, Russia objected to Zelenskyy's virtual participation and said it does not oppose him addressing a UNSC meeting in person.

Earlier, India stated on Wednesday that it is ready to dispatch its 12th shipment of humanitarian aid to Ukraine, which will include 26 different types of medicines in response to a special request from the Ukrainian side.

Addressing a United Nations Security Council briefing, the country's Permanent Representative to the UN, Ruchira Kamboj, stated that humanitarian aid includes 'hemostatic bandages,' which are meant to stop the bleeding of deep wounds in children and adults and are included in the aid on the Ukrainian side's specific request as the members gather to mark 6 months since the beginning of the ongoing conflict in Ukraine.

This comes as Ukrainian officials have requested aid from the Indian government to deal with the country's impending crisis.

"We have delivered for the world in terms of vaccines. We did it earlier for medicines. So, I'd like to assure this council that India will step forward whenever the global south is constrained on aspects of food, health & energy security," Kamboj added.

The ambassador stated that India's strategy will be to promote dialogue and diplomacy in order to resolve the crisis and mitigate the economic issues arising from the ongoing conflict between Russia and Ukraine.