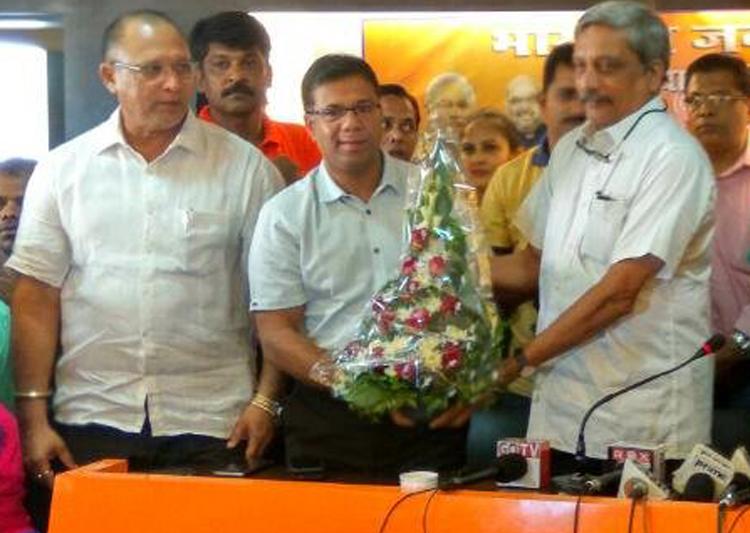 The former Valpoi legislator had resigned from the Congress as well as an MLA on March 16, the day Parrikar won a crucial trust vote on the floor of state Assembly.

Rane is the son of Congress veteran and former Chief Minister Pratapsinh Rane.

Rane had quit the Congress in March after being upset that the party failed to form the government in Goa despite winning 17 seats in the 40-member Assembly.

The opposition benches included 16 MLAs from the Congress, as Rane had remained absent during the voting.

Days after losing the trust vote, the Goa Congress had said that it would seek disqualification of Rane from contesting the elections for defying its whip to vote against the motion.