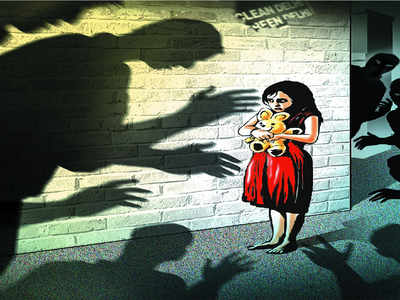 Four minors were detained for allegedly raping a four-year-old girl in the Maharajpur police station area here, an officer said on Monday

The girl was playing outside her house on Saturday evening when the boys allegedly lured her away to a secluded spot and raped her, Station House Officer (SHO) Rakesh Maurya said.

One of the accused is 12 years old and the others are six years old, he added.

A complaint was lodged by the girl's father on Monday, the SHO said.

The girl's father told the police that he was advised against lodging a complaint by the neighbours, but he mustered the courage and informed the police.

The accused were produced before a juvenile court and sent to a remand home for three days for proper counselling, Maurya said.