I was contractually bound: Gautam Gambhir on missing meeting over air pollution in Delhi 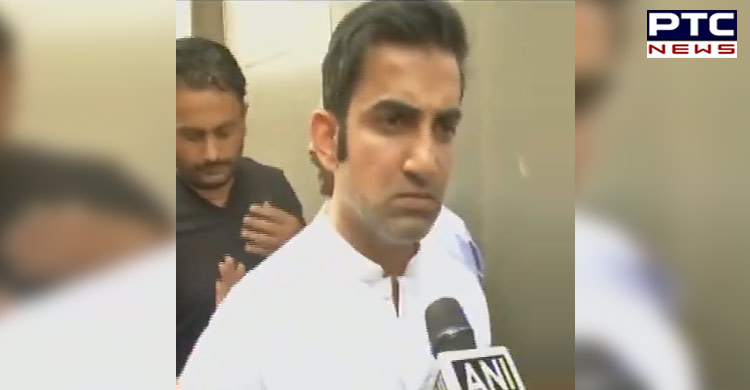 Former cricketer and Bharatiya Janata Party (BJP) MP Gautam Gambhir on Monday clarified on missing the Parliamentary Standing Committee on Urban Development meeting, over air pollution in Delhi on November 15. He said, "I know the meeting was very important but I was contractually bound."

Adding, he said "I had signed the contract in January and I joined politics in April. Due to contractual obligation, I had to go for the commentary. On November 11, I received the mail and on the same day, I had informed them the reason for not attending the meeting."

Gautam Gambhir was doing commentary during India vs Bangladesh 1st Test at Holkar Cricket Stadium, Indore. During the match, Gautam was heavily trolled by the tweeple and even the mediapersons. In fact, there were 'Missing' posters slated in the national capital.

The message on the posters stated "Missing. Have you seen this person? He was last seen eating ''jalebis'' in Indore. The entire Delhi is looking for him." Meanwhile, he gave befitting reply to the trollers. He said, "If Delhi pollution has increased because I ate Jalebis, then I will stop eating jalebi forever. You started trolling me within 10 minutes; if you had worked to reduce Delhi pollution, we could have breathe."