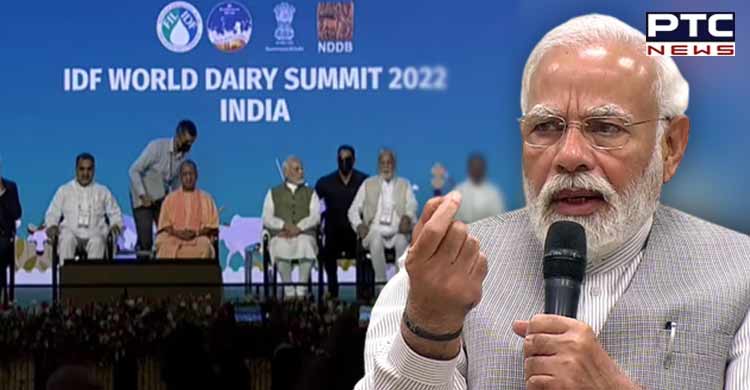 PM Modi also inspected an exhibition at India Expo Centre and Mart. Union Minister Purshottam Rupala, while addressing the World Diary Summit 2022 said that it is organised after 48 years in India.

"World Diary Summit 2022 has been organized after over 48 years in India. Our milk production is 220 million tonnes today. We are in the position to export surplus milk, in line with the 'Aatma Nirbhar Bharat," he said. 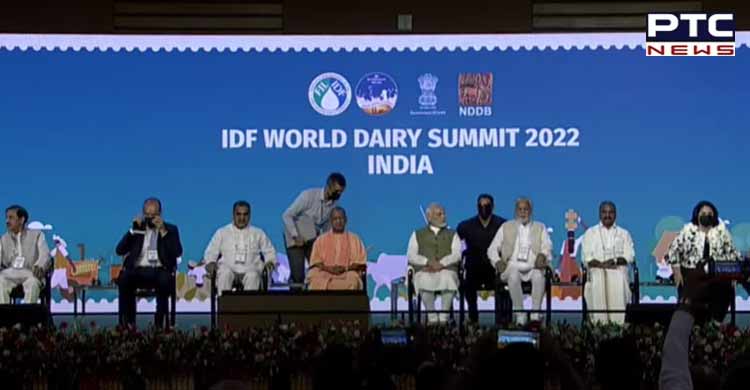 According to the Prime Minister's Office, the four-day-long IDF WDS 2022 being held from September 12 to 15, is a congregation of global and Indian dairy stakeholders including industry leaders, experts, farmers and policy planners centering around the theme of 'Dairy for Nutrition and Livelihood'.

Around 1,500 participants from 50 countries are expected to participate in IDF WDS 2022. The last such Summit was held in India about half a century ago in 1974.

"The Indian dairy industry is unique in the sense that it is based on a cooperative model that empowers small and marginal dairy farmers, especially women. Driven by the vision of the Prime Minister, the government has taken multiple steps for the betterment of the dairy sector resulting in an increase of milk production by more than 44 per cent in the last eight years," said the PMO.

"The success story of the Indian dairy industry, accounting for about 23 per cent of global milk, producing around 210 million tonnes annually, and empowering more than 8 crore dairy farmers, will be showcased at the IDF WDS 2022," it said.

The evolution of the dairy sector in India and the stellar role played by dairy cooperatives since the launch of Operation Flood form an integral part of the country's growth story as the country now is the largest producer of milk.

India contributes 21 per cent to global milk production.
It is important to note that during the 1950s and 1960s the situation of India's dairy sector was radically different as it was a milk-deficit nation and depended more on imports.

The country produced less than 21 million tonnes of milk per annum despite having the largest cattle population in the world and the sector was struggling to survive.

The annual compound growth rate in milk production during the first decade after independence was 1.64 per cent, which declined to 1.15 per cent during the 1960s, the Ministry of Fisheries, Animal Husbandry and Dairying said in an explainer on Wednesday.

In 1950-51, per capita consumption of milk in the country was only 124 grams per day. By 1970, this figure had dropped to 107 grams per day, one of the lowest in the world and well below the minimum recommended nutritional standards.

Over the past two decades, India's milk production has doubled. The credit also goes to a well-known federation called 'Amul', which was created by 3.6 million milk producers in Gujarat. In order to improve the livelihood of the farmers, Amul also charted its journey on a similar path as 'Operation Flood'.

Dairy as an industry employs more than 80 million rural households with the majority being small and marginal farmers as well as the landless. The cooperative societies have not only made the farmers self-sufficient but have also broken the shackles of gender, caste, religion, and community. Women producers form the major workforce of the dairy sector in the country. The sector is an important job provider, especially for women, and plays a leading role in women's empowerment.