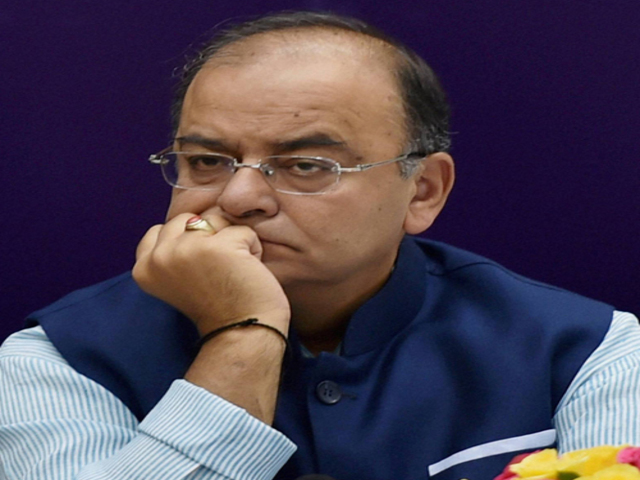 New Delhi: Union Finance Minister Arun Jaitley, in the 16th Goods and Service Tax (GST) Council meet on Sunday, announced maintaining of 28 percent tax on all cinema tickets above Rs. 100, while of those below Rs. 100 to be reduced to 18 percent.

"We have received representation for about 133 goods, and after considering representations, the GST council has reduced tax levels in 66 cases," added Jaitley while addressing that the reduction has been on two principles.

While fixing the GST on cashew nuts, the minister said that the rates have been reduced from 12 percent to five percent.

"Packaged foods including ketchups, food mixes, pickles etc have been reduced from 18 percent to 12 percent due to their excessive usage amongst the common people," added Jaitley.

On being asked about the taxation rates on sanitary napkins, the Finance Minister said, "What has been decided earlier remains. No further rates for this category."

The Council has till now fixed rates of more than 1200 goods and 500 services. Last, it finalised rates for few contentious goods such as gold and jewellery, agricultural implements, biscuits, footwear and textile.

However, it may also discuss the GST rate for the telecom sector, which has been fixed at 18 percent.

The telecom industry has demanded a lower rate, arguing that an 18 percent GST rate, higher than the current 15 percent service tax for sector, will adversely affect the industry.

The Council headed by Jaitley, is scheduled to meet once more before the rollout of the new indirect system from July 1 on June 18 at the Vigyan Bhawan.