GST to be implemented with minimum pain to trade and industry, assures Punjab CM 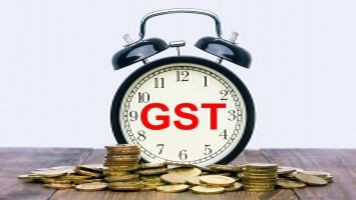 Cites white paper, tabled by his govt in house, to underline extent of fiscal mess in state

Punjab Chief Minister Captain Amarinder Singh on Monday said his government was committed to implementing GST with minimum pain, if any, to the trade and industry in the state.

Addressing the Vidhan Sabha, the Chief Minister disclosed that he had asked the State Excise and Taxation Department not to pursue provisions of the Act requiring arrest for defaults in implementation of the GST Act. The government shall give enough time to trade, industry and business to adopt GST procedures, he said, adding that his government had also decided to appoint a Tax Ombudsman to address public grievances objectively and impartially.

While the Finance Minister would spell out in detail the measures his government intended to take to tackle the fiscal crisis, the focus would be mainly on financial prudence, strict financial discipline and accountability, said the Chief Minister. The measures aimed at creation of wealth in agriculture, industry and service sectors, which generate more employment, would receive greater attention and the government would endeavor to expand the base of the economy, with increase in trade, business and industry, instead of making the tax structure more oppressive as done by the previous Government, he assured the House.

Talking of the excise and taxation issues impacting the state’s governance, the Chief Minister said the distortions in tax policies and laws encouraged by the previous Government could be fully seen through the collections of taxes in the state. They never achieved the projections (BE) of taxes made by them during the last ten years, and had suffered losses of over Rs 13000 crore on this score only, said Captain Amarinder, promising to reverse the declining trend in the state's economy and put it once again on the path of high trajectory growth.

The Chief Minister referred to the new Excise Policy 2017-18 introduced by his government and the steps being taken to rationalization all levies, underlining his commitment to ensure level playing field for the state’s industry, trade and business. He shared that the government had successfully conducted excise auctions for the year 2017-18 and realized Rs. 1016 crore (23.1 %) more than the previous year 2016-17.

The government, he said, had also decided to remove bottlenecks in free movement of goods vehicles, and also the Information Collection Centers of the Department of Excise and Taxation subsequent to the successful implementation of GST in the state.

Earlier, the Captain Amarinder Singh led Punjab government laid its White Paper on the state’s Finances and Governance on the table of the House, exposing a total debt of Rs. Rs.2,08,051.96 crore, constituting 49% of GSDP.

The White Paper, which clearly brings out the financial mis-management, imprudence and bankruptcy of thoughts and skills of the previous regime, shows that the Congress government has inherited an empty treasury.

As on 31st March, 2017, bills amounting to Rs. 7,791.47 crore were pending for payment. The pending arrears of DA of the employees were Rs. 2,773 crore, while the pending arrears of power subsidy were Rs. 2,342 crore. The total debt of Rs. Rs.2,08,051.96 crore includes additional liability on account of mis-management of Food Cash Credit Limit of Rs. 31000 crore, a unique achievement of the previous Government.

The state’s own revenue, which was 77.34% of total revenue receipts in 2006-07, had declined to 68.5% in 2016-2017. As against this, the state's share in Central taxes increased from 22.66% to 31.5% during the corresponding period, showing a visible decline in the state’s capacity to raise its own resources under the previous regime.

Other shocking facts and figures highlighted in the White Paper included:

The total debt servicing expenditure in 2006-07 was Rs. 14,145 crore, which was likely to go up to Rs. 30,000 crore, clearly showing gross mis-management of finances, more importantly the Food Cash Credit Account, as per the White Paper.