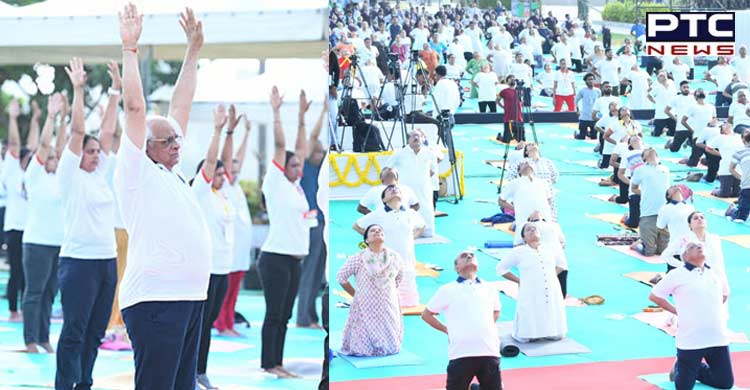 Ahmedabad (Gujarat) [India], June 21: On the occasion of the 8th International Yoga Day, the Gujarat government has selected 75 places across the state for the celebration of Yoga Day in the state.

The selected places include 17 religious places such as Modhera Sun Temple and Ambaji Temple, 18 historical places such as Dada Harini Vav and Dandi Smarak, the desert of Kutch, and 22 tourist places like the Statue of Unity, and 17 natural beauty places including Mangarh Hill and Saputara. 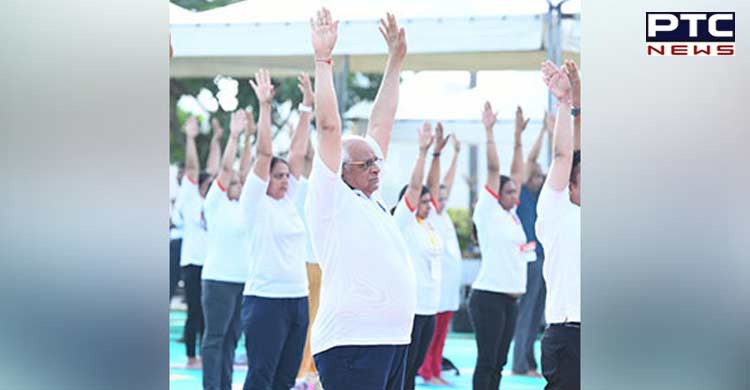 Approximately 1.5 crore people including many students, youths, young women, elders, and women have joined in the celebration of Yoga Day. The state-level program is being held today at Ahmedabad Riverfront.

On this occasion, CM Bhupendra Patel said, "This year, under the guidance of Prime Minister Narendra Modi, the country is celebrating the 75 years of independence. Therefore, yoga was celebrated at 75 iconic places in Gujarat."

On this occasion, the Chief Minister also appealed to all citizens to make yoga a part of life and to be free from disease by adopting yoga.

Prime Minister Narendra Modi on Tuesday extended greetings on the eighth International Day of Yoga and said that yoga brings peace to society.

This year the theme for the celebration is "Yoga for humanity". 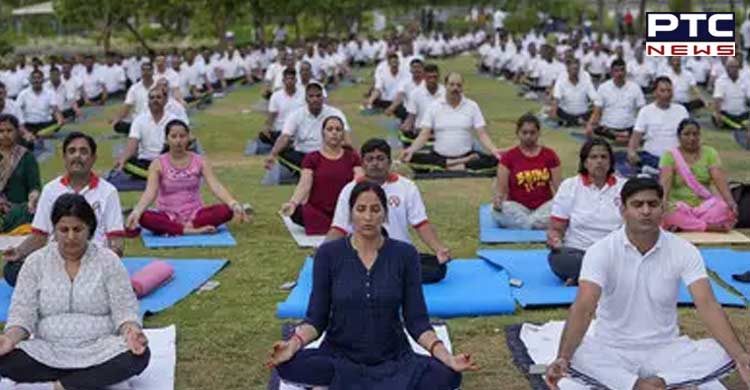 Prime Minister's Yoga programme at Mysuru is also part of the novel programme 'Guardian Yoga Ring' which is a collaborative exercise between 79 countries and United Nations organisations along with Indian Missions abroad to illustrate Yoga's unifying power that surpasses National boundaries.

The Digital yoga exhibition will showcase the latest technologies like Virtual Reality (VR) to project the history and wisdom of Yoga.

This year International Day of Yoga 2022 will see many firsts, including the 'Guardian ring', yoga demonstrations by Union cabinet ministers at 75 iconic locations in India and a special digital yoga and static exhibition in Mysuru Dussera Grounds, Mysuru. 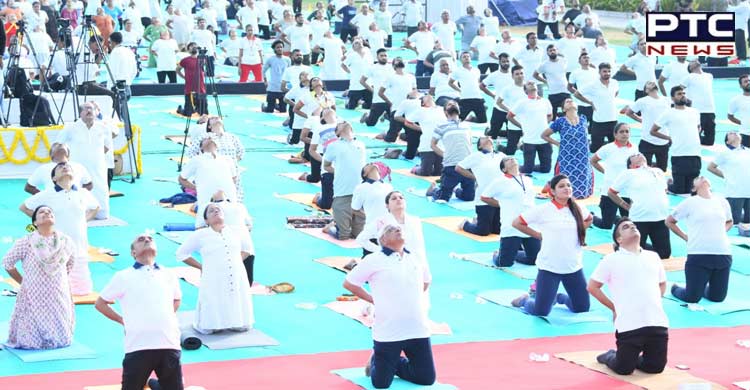