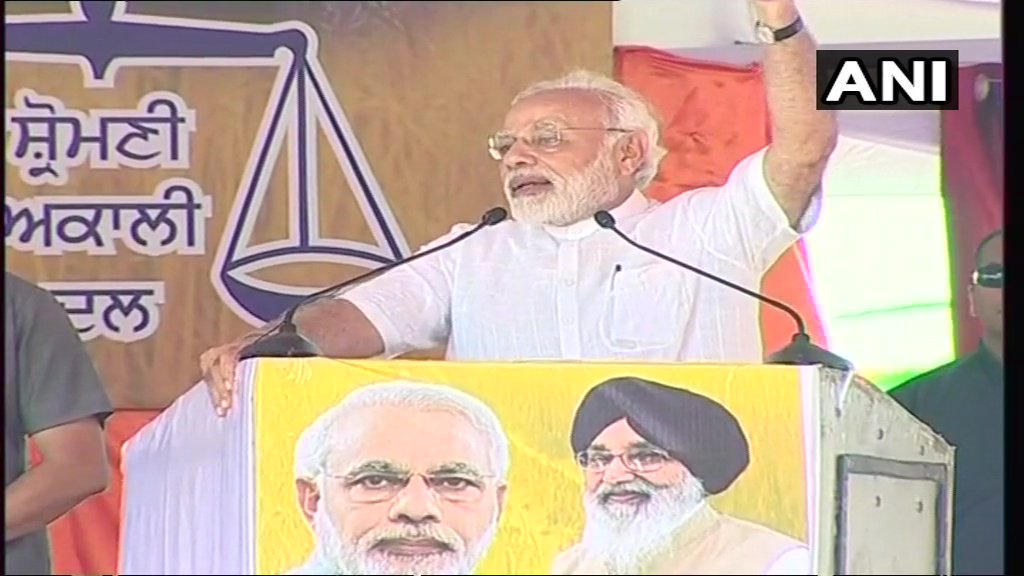 Guru Nanak Dev Ji's teaching is a vision for the mankind: PM Modi

Addressing the Kisan Kalyan rally in Malout of Punjab's Muktsar district here on Wednesday, Prime Minister Narendra Modi said Guru Nanak Dev ji’s teachings of universal brotherhood has inspired not just the Sikhs but every human being across the globe.

'Next year we will mark the 550th birth anniversary of Guru Nanak Dev Ji. This parkash purav is also an inspiration for the mankind. The voice he raised for the poor, the needy, the downtrodden is a vision for the world. Let's make all efforts across the world to make his teachings a reality,' he said.

'Let's make 550th birth anniversary of Guru Nanak celebrations a memorable event in every corner of the world, he said adding that his teachings are the vision to mankind.'

'Let’s take pride in celebrating the parkash purab as prerna purab,' PM Modi had said earlier in his the 45th episode of ‘Mann Ki Baat'.