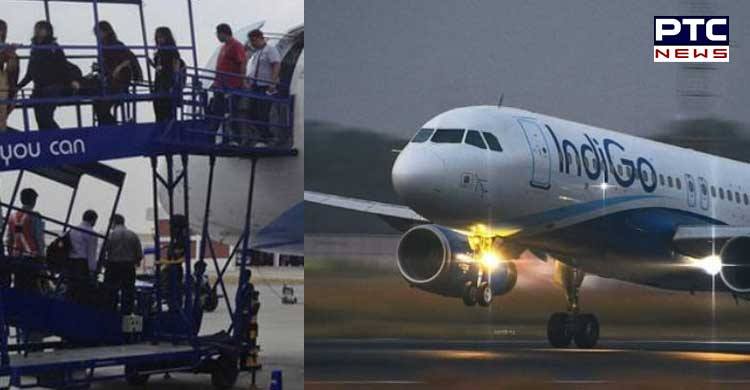 A Guwahati-bound IndiGo flight from Kolkata made an emergency landing fifteen minutes after take-off on Friday. The flight was carrying 76 passengers and six crew members on board. It made a full emergency landing and fire tenders, ambulances were kept on standby after a mid-air fire scare.

IndiGo flight took off from Kolkata airport at 8:30 pm. Fifteen minutes after the take-off, the pilot of the plane detected a warning light in the cockpit. Following which he immediately contacted the ATC and turned the flight around and made an emergency landing. The flight touched down at 9:00 pm and all the emergency vehicles were on standby.

The passengers and crew members were successfully evacuated. According to the media sources, the pilot of the plane saw a fire warning sign. But engineers could not detect any trace of fire after conducting a preliminary inspection. According to them, it may be some false warning due to a technical issue.