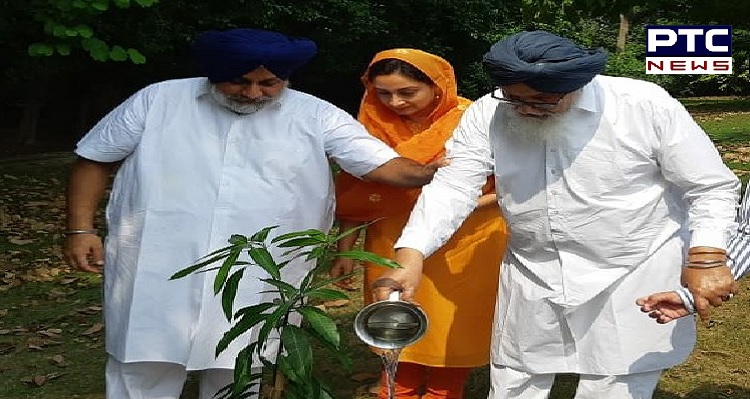 The Union Minister later shared pictures of the occasion on Twitter and wrote, “On the 11th anniversary of Nanhi Chhaan, the plantation drive was launched by S. Parkash Singh Ji Badal, my pillar of support & guide, whose blessings made my humble effort a mass movement. Saplings planted by our daughters and elders will keep us in the shade of their love.”

She urged people to show respect to women and nature with the tweet, “Women and nature are source of life. Guru Nanak Dev Ji enjoined on us to revere both. Ahead of his 550th Parkash Purab, I distributed 15,000 saplings, besides planting 550 saplings in AIIMS, Bathinda. I call upon Punjabis to plant at least 13 saplings in every village and ward”.

She also expressed gratitude at the support of Shiromani Akali Dal cadre. “The way SAD cadre worked to ensure the plantation drive held to mark the 11th anniversary of Nanhi Chhaan, which is dedicated to the 550th Parkash Purab, makes me feel that the work I have done to engender respect for women has borne fruit. I am deeply thankful.”