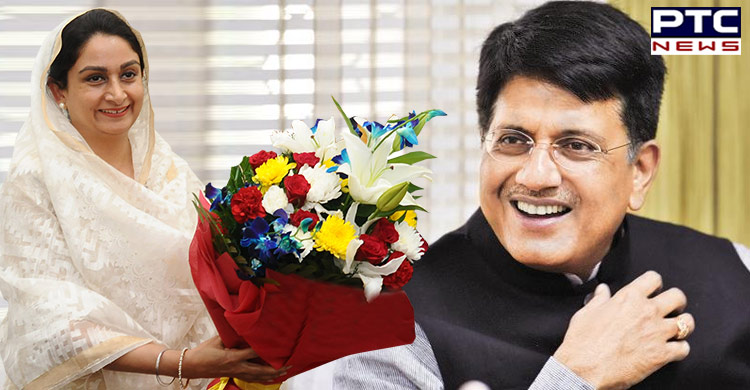 Chandigarh: Union food processing industries minister Harsimrat Kaur Badal today thanked union railways minister Piyush Goyal for giving the go-ahead for the Bidar – Nanded rail line. Badal had earlier requested the Railways ministry to take steps to construct a rail line between Bidar and Nanded, saying it would be a most appropriate gift to the Sikh community in the year in which it was commemorating the 550th Parkash Purb of Shri Guru Nanak Dev Ji.

In a letter to Mrs. Badal, the Railways Minister said besides including the 155-kilometer rail project in the list of ‘new line projects’ for 2018-19, the ministry had simultaneously undertaken the final location survey and preparation of Detailed Project Report (DPR). Earlier the union food processing minister had apprised the Railways ministry that more than 3,000 pilgrims traveled between Nanded and Bidar on a daily basis by road.

She said there were two historic gurdwaras in both cities with Takth Sri Hazoor Saheb being the place where Sri Guru Gobind Singh Ji gave Gurta Gadi to Sri Guru Granth Saheb Ji and Gurudwara Sri Nanak Jhira Sahib in Bidar being associated with Sri Guru Nanak Dev Ji”. She had also brought it to the notice of the Railways minister that the Jhira Saheb management committee had also established an engineering college in Bidar near the Gurudwara premises.

Stating that the construction of the rail line and start of trains on this 155 km stretch would facilitate people as well as students of surrounding areas, Mrs. Badal said the rail link would facilitate the visit of pilgrims from Bidar to Nanded and then onwards to Amritsar via the Nanded - Jammu Hamsafar Express.