Haryana: Four die after truck collides with trolley in Kurukshetra 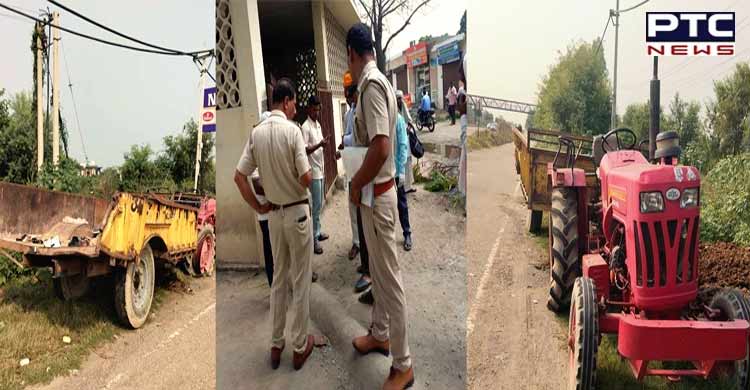 Kurukshetra (Haryana), September 18: At least four people died and eight were injured after a truck collided with a tractor trolley in Haryana's Kurukshetra.

The accident took place on Saturday night when as many as 25 people were travelling in a tractor trolley. They were headed to participate in a religious program in village Habana. A truck hit the tractor trolley from behind, killing four people on the spot. Around eight to nine people are said to be injured.

"They were headed to attend a Satsang of Lord Valmiki in Shahbad in a Mahindra tractor trolley. They had stopped the tractor to ask for the way forward to the village when suddenly a truck rammed them from behind. We have taken possession of the truck and further investigations are underway," DSP Ramdutt Nain informed.