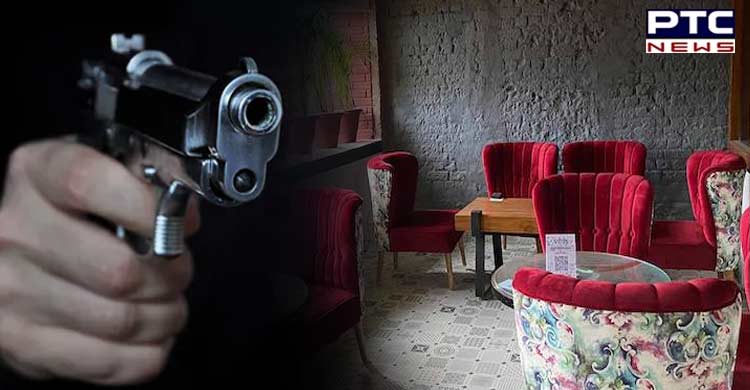 Panchkula (Haryana), July 5: A man opened fire outside a cafe in Haryana's Panchkula in the wee hours of Sunday, injuring a bouncer and his friend, the police officers informed.

After the incident, the accused and the injured youth managed to flee from the spot.

The bouncer suffered a serious injury to his hand and was rushed to the hospital. He is currently undergoing treatment at Chandigarh Government Hospital.

Cops of Sector-5 police station rushed to the location to investigate the matter.

According to information provided by police, a party was going on in the lounge bar on Saturday and went on till late in the night.

Bouncer Naresh Sharma in his complaint stated that at around 4.15 am on Sunday, Mohit, a resident of Ludhiana opened fire with the intention of killing another unknown youth, the police said.

"At around 4.30 am, the accused opened fire outside Coco cafe in the wee hours of July 3. He injured his friend and a bouncer. We've registered a case against the accused, another person and against the cafe for staying open till so late," PS sector 5 in charge Sukhbir Singh stated.

The police are investigating the case after a CCTV video of the incident surfaced online.

According to Sukhbir Singh, a case has been filed against the accused under IPC section 307, and further investigation is underway.