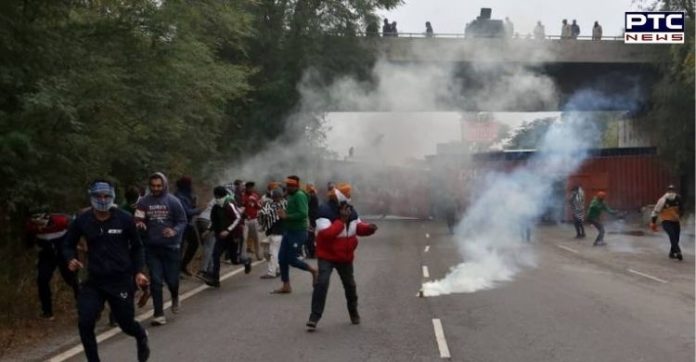 As farmers protest at Delhi borders, against farm laws 2020, entered its 46th day, the protesting farmers on Sunday gathered in the Kaimla village of Karnal district in Haryana where Chief Minister Manohar Lal Khattar was scheduled to hold ‘Kisan Mahapanchayat’.

As per the report, the farmers vandalized the stage at the venue while the Haryana Police resorted to tear gas shells to disperse the agitating farmers. 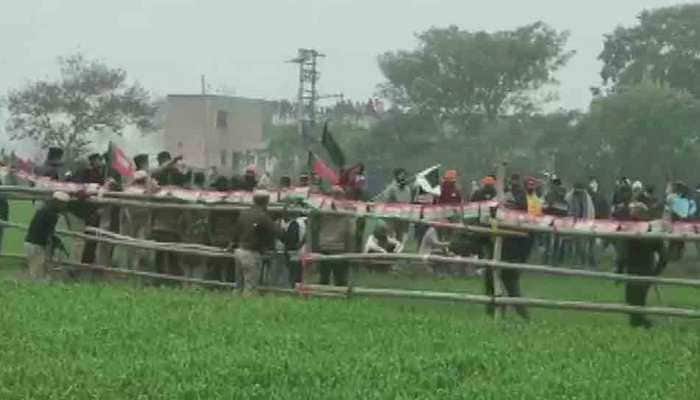 Even as the police used water cannons to disperse protesting farmers from marching towards the Kaimla village in Karnal.

Several security arrangements were made by the police ahead of Manohar Lal Khattar’s visit to the Kaimla village where he was set to address people to highlight the “benefits” of the farm laws 2020. Earlier, the protesting farmers had announced to oppose the ‘kisan mahapanchayat’ in Kaimla village. The protestors were carrying black flags and raising slogans against the BJP-led government as they marched towards the village. 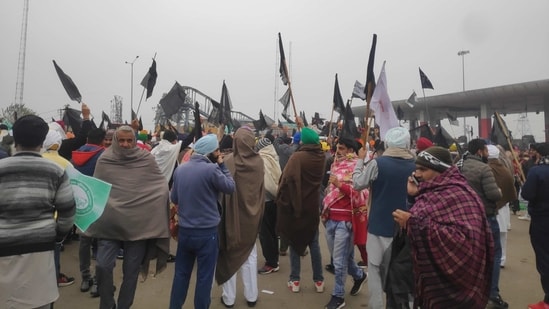 The police had placed barricades at the entry points of the village to prevent the protestors from reaching the venue.

Farmers, mainly from Haryana and Punjab are demanding the Centre to repeal the three farm laws. They have been protesting against the Agri laws for over 40 days now.