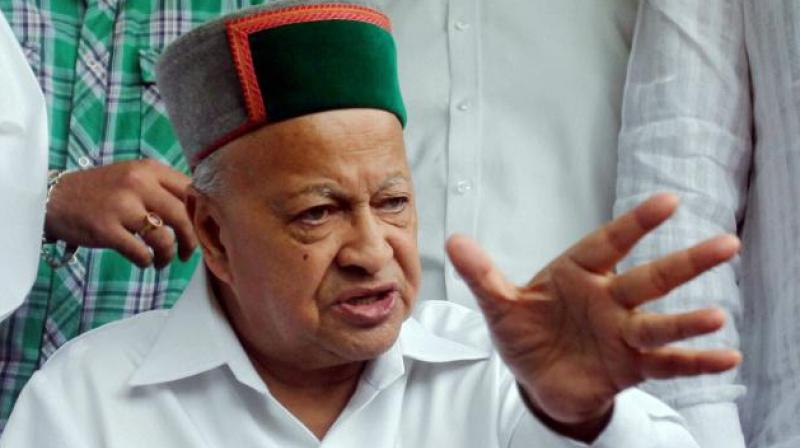 Justice Vipin Sanghi also vacated the Himachal Pradesh High Court's interim order of October 1, 2015 restraining the CBI from arresting, interrogating or filing a charge sheet in the case without the court's permission.

"The writ petition is dismissed. Stay is vacated," the court said.

Singh has sought directions from the court to quash the FIR registered against him and his wife under Sections 13(2) and 13(1)(e) of the Prevention of Corruption Act and Section 109 of IPC by the CBI on September 23, 2015 here and urged the court to summon records of the preliminary inquiry and the FIR.

Virbhadra and his wife Pratibha Singh have claimed in their plea that there was no order, direction or judgment by any court that had authorised the CBI to inquire, investigate or register regular cases and exercise jurisdiction in the territory of Himachal Pradesh.

The chief minister has contended in his plea that the raids on his private residence and other premises were conducted with "malafide intentions and political vendetta" by the central investigating agency.

He has alleged that CBI had overstepped its jurisdiction in filing the case as the cause of action did not arise in the territory of Delhi.

Singh has also claimed that the permission of the state government and Home Department were not taken before raiding the residence of a sitting chief minister.

The CBI had contended that the allegations against Singh in the case are "very serious" as a huge amount of money was involved and the state government has shown "over anxiety" in protecting him.

The agency had said it had jurisdiction to register and investigate the case in Delhi as the disproportionate assets were allegedly acquired by the Congress leader from the income generated here when he was a Union minister during UPA regime.

Singh had on October 1, 2015 got an interim order from the Himachal Pradesh High Court restraining the CBI from arresting, interrogating or filing a charge sheet in the case without the court's permission.

The matter was transferred by the Supreme Court to the Delhi High Court, which on April 6, 2016 had asked CBI not to arrest Singh and had directed him to join the probe.

On November 5 last year, the apex court had transferred Singh's plea from Himachal Pradesh HC to Delhi HC, saying it was not expressing any opinion on the merits of the case, but "simply" transferring the petition "in interest of justice and to save the institution (judiciary) from any embarrassment".