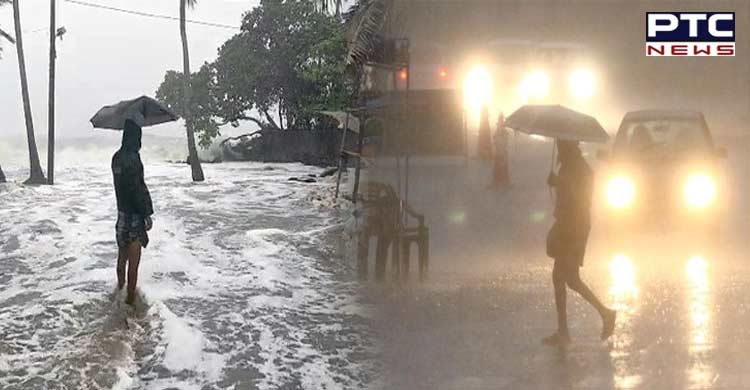 Thiruvananthapuram: There is a heavy rain and thunder alert for the next five days in Kerala, the chief minister's office said.

Therefore, a yellow alert has been declared today and tomorrow in all districts except Thiruvananthapuram and Kollam. The Central Meteorological Department has issued a yellow alert, but as there is a possibility of heavy rain in the hilly areas, there is a need to be more cautious in the areas that have received heavy rains in the past few days.

According to the report, among the dams under the Kerala State Electricity Board, there is a red alert in the vicinity of Lower Periyar and Kallarkutty dams in the Idukki district and an orange alert in the vicinity of Peringalkuth dam in Thrissur district. A blue alert has been announced at Kozhikode's Kuttiadi Dam. At present, no warnings have been announced on the dams under the Irrigation Department.

Teams of the National Disaster Response Force have been deployed in various districts based on the warning of heavy rains. Each team has been prepared in Wayanad, Kozhikode and Idukki districts. Both cohorts of the Civil Defense Academy have been set up, said a press release from the chief minister's office.