The Delhi High Court has asked the AAP government to give admission to 130 students, which was denied on various grounds, including lack of Aadhaar, in government schools at Delhi.

A bench of Chief Justice Rajendra Menon and Justice A J Bhambhani sought a response of the AAP government on an NGO’s petition seeking direction to grant admission to 130 students in government schools here.

According to the petition, these children were denied admission or readmission in schools on “flimsy” grounds, including address proof, lack of Aadhaar, transfer certificate, age and seats full.

The court asked the government to grant admission to students within one week or give reasons for non-admission and listed the matter for further hearing on May 9.

NGO Social Jurist, in its petition filed through advocate Ashok Agarwal, said denying admission or readmission to the students was “illegal” and “unconstitutional” and the children were forced to go out of the mainstream school system. 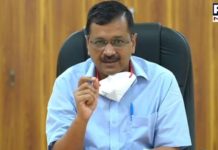