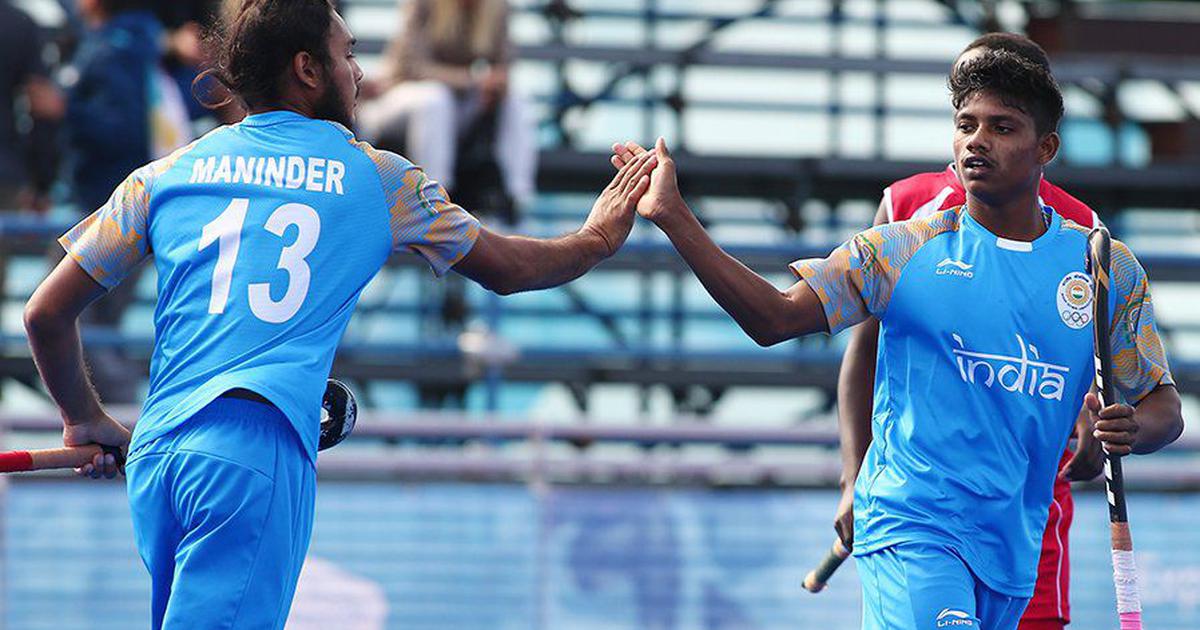 Indian teams, both men and women, qualified for the semi-finals of the Hockey 5s competition of the 3rd Youth Olympic Games in Buenos Aires on Friday.

Incidentally, in both the sections, Indian teams were pitted against Poland in the quarter-finals. While men's team won 4-2, women's team was more convincing in its 3-0 win.

While in men's section, India will take on the hosts Argentina in semis tomorrow, Indian women await winners of Australia-Austria match for its last four opponent.

Zambia pulled off the major surprise of the hockey competition when its men's team defeated defending champions Australia 6-4. Zambia will now play Malaysia. Malaysia defeated Austria 2-0 while the hosts Argentina made short work of Bangladesh to win the fourth and last quarter final game at 5-0.

Though Indian men did not experience any real difficulty in setting aside the challenge of Poland in the first quarter final, yet the game was not without its ups and downs. India had raced to a comfortable 3-0 lead by the  8th minute through goals by Anand Shivam, Maninder Singh and Anand Shivam, Poland shot back through Eryk Bembenka to make the score 1-3. Sanjay scored India's fourth goal but not without Poland getting its second goal in the 18th minute through Michal Nowakowski.

In the women's section,  goals by skipper Lalremsiami, Salima Tete and Baljeet Kaur helped India to win the quarter-final comfortably.