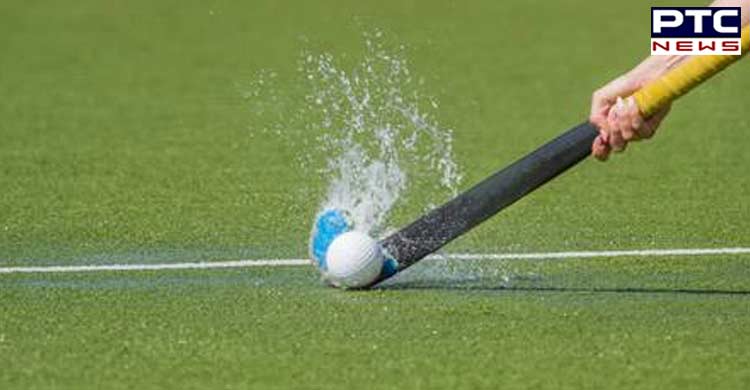 Spain achieved a double on its home turf at Valencia. It won both its battles to get tickets for its men and women hockey teams to go to Tokyo Olympics 2020 in July next year.

The most interesting and absorbing battle was witnessed at Amsterdam where Pakistan was held to a 4-4 draw by the Netherlands. Pakistan put up a splendid show reminding  hockey enthusiasts of the supremacy it once enjoyed in the sport.

At the end of Day 2 of the first weekend of Hockey Olympic Qualifiers, China (women), Australia (women) and Spain (both men and women) have booked their berths in the 2020 Tokyo Olympic Games.

Pakistan (WR:17) were denied a famous victory over the Netherlands (WR:3) by Dutch penalty corner ace Mink van der Weerden, who scored a dramatic late equaliser as the two teams finished with the score locked at 4-4. In a remarkable contest at the Amsterdam's Wagener Stadium, Pakistan silenced the home crowd thanks to an early penalty corner effort from Mubashar Ali before the Dutch hit back though Mink van der Weerden's penalty stroke and a glorious backhand strike from Bjorn Kellerman. However, penalty corner efforts either side of half time from Ghazanfar Ali and Muhammad Rizwan swung the match back in Pakstan's favour at 3-2. Robbert Kemperman pulled the Netherlands level in the fourth quarter before Mubashar Ali scored his second of the game to put Pakistan into a 4-3 lead with just two minutes remaining. Van der Weerden had the last laugh, however, rescuing a point for the hosts with a superb penalty corner drag-flick to set up a winner takes all encounter when the two teams meet again on Sunday.

Spain's men (WR:8) became the third team of the day to secure Olympic qualification, battling to a 3-2 victory over France (WR:12). Following their thrilling 3-3 draw on Friday, it came as little surprise that the second meeting between the two teams was equally close. France took an early lead thanks to a wonderful individual effort from Gaspard Baumgarten before Miguel Delas and Alvaro Iglesias gave Spain a 2-1 lead. Francois Goyet levelled matters for France in the 39th minute, but it was Xavi Lleonart's penalty stroke a minute later which proved decisive, giving Spain a ticket to Tokyo ahead of a France team that battled every step of the way.

Spain (WR:7) women joined Spain men on their journey to the Olympic Games Tokyo 2020 when they beat Korea (WR:11) 2-0, building on the 2-1 victory they posted the previous day. Goals from Begona Garcia and a penalty stroke from Lola Riera sealed the victory for the Red Panthers. Korea had plenty of opportunities to reduce the deficit, winning seven penalty corners. However good goalkeeping from Maria Ruiz kept the Asian team's efforts from registering. The result means Spain will compete in their seventh Olympic Games. For Korea, this will be their first absence from an Olympic Games since 1988.

The final game of Day 2 saw Canada (WR:10) taking on Ireland (WR:12), and it was the visiting Europeans who emerged with a 5-3 victory over the host nation. Sean Murray and Shane O'Donoghue scored two goals apiece as Ireland overcame the home favourites, leaving Canada needing a comprehensive victory when the two sides meet again on Sunday if they are to take the Olympic ticket.