The Government of Punjab on Monday declared a holiday on October 15 in Amritsar district on the occasion of Prakash Purb of Guru Ram Das. 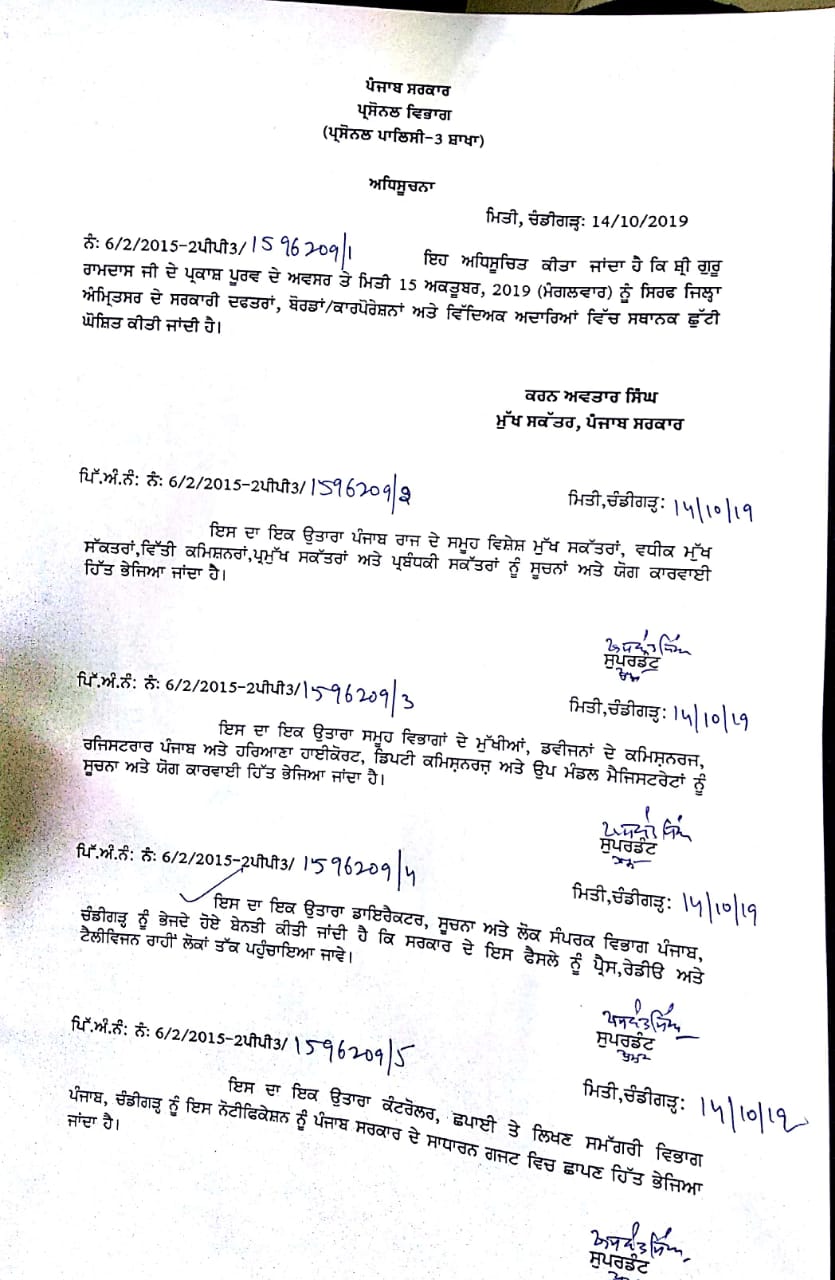 All the government offices, corporations, and government educational institutions will remain closed on October 15.

Guru Ram Das Ji was the fourth of the ten Gurus of Sikhism. He was born on September 24, 1534, to a poor Hindu family based in Lahore (in what is now Pakistan). His birth name was Jetha.