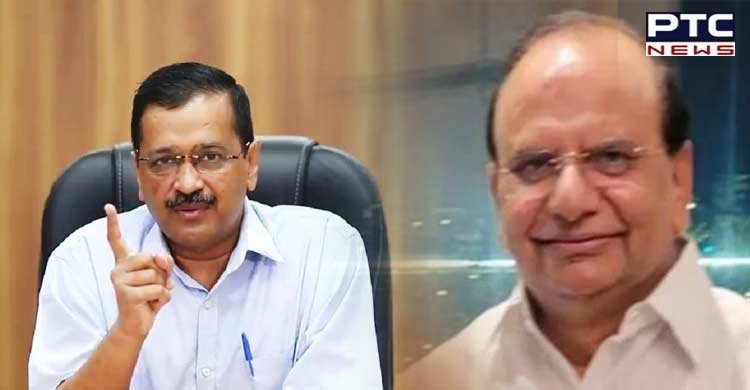 New Delhi, July 24: The feud between Delhi Lieutenant Governor VK Saxena and Chief Minister Arvind Kejriwal escalated after the latter skipped a pre-decided combined programme on Sunday. The LG said that he expects the Chief Minister to be present in future events "to give a message" that they "want to work together" for the city's development.

A pre-decided combined programme of tree plantation drive at Asola Bhatti mines was organised, which was skipped by the Chief Minister. The Delhi government sources said that the government programme was turned into a political BJP programme, because of which Kejriwal decided not to attend the event. This comes days after Kejriwal skipped the weekly meeting called by the LG on Friday citing ill-health. However, the Aam Aadmi Party alleged that the LG had also skipped one of the meetings on July 8.

"Delhi Police forcefully took over the stage of Van Mohatsav before the programme. It is a Delhi government event, the CM and LG were to attend jointly. Posters showcasing Prime Minister Narendra Modi were put up and the government programme was turned into a political BJP programme. This is the reason Delhi CM and ministers decided not to attend the event," said the AAP.

However, the Delhi LG said that he wanted Kejriwal to attend the event, adding that all should work together for this tree plantation drive.

"I wanted CM Arvind Kejriwal to attend this event but due to some reasons, he could not. This is a programme where all of us should work together. I expect him to be present in future events to give a message that we want to work together for Delhi's development," LG Saxena said during his address.

Earlier in the day, the sources said, "After absenting from the scheduled weekly meeting with Delhi Lieutenant Governor VK Saxena on Friday, citing ill health, Chief Minister Arvind Kejriwal on Sunday again skipped a pre-decided combined programme of tree plantation at Asola Bhatti mines in the national capital gain due to ill health".

The said programme of tree plantation corresponding with the 'Van Mahotsav', was to be undertaken jointly by the Lieutenant Governor and Chief Minister.

A mutual decision in this regard had been taken on July 4, 2022. A total of 1,00,000 trees are planted as a part of the programme, and the Lieutenant Governor and Chief Minister were to launch the same together.

"One is left to wonder if recommending a CBI inquiry into an apparently illegal excise policy is taking the focus of the CM away from Delhi's environmental concerns," said LG sources.