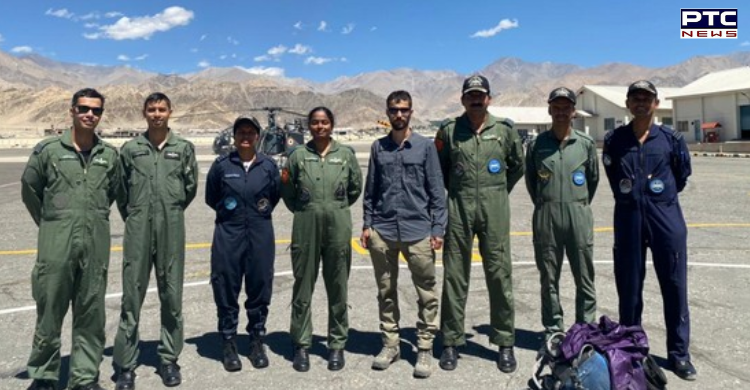 In a meantime, taking to Twitter, the PRO (Defence) of Srinagar said, "Indian Air Force - 114 Helicopter Unit, evacuated Israeli national, suffering from high altitude sickness, from #GongmaruLa Pass, at an altitude of 16800 ft in #Ladakh"

The rescue operation has been conducted when Helicopter unit received a call for casevac from Nimaling camp near Markha valley, after which leading from the front, Flight Commander of the unit , Wing Commander Ashish Kapoor and Flight Lieutenant Sameer Mehra as No. 1 and Squadron Leader Neha Singh and Squadron Leader Ajinkya Kher as No 2, got airborne within minutes, for this time-critical mission, according to the statement released by Air Force. 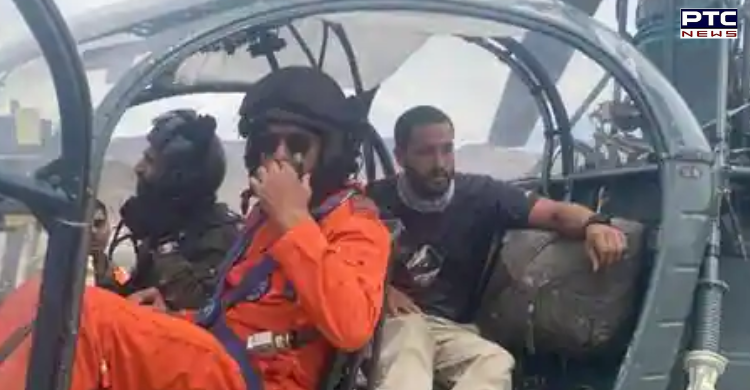 Conducting the rescue operation through shortest route, the aircraft reached the spot within 20 minutes of flying time and spotted the casualty on the Gongmaru La pass at an elevation of 16800 feet.

According to the statement, the casualty was recovered expeditiously within the limited time of 1 hour at Air Force Station Leh.

Meanwhile, earlier a similar incident took place on August 20 wherein the IAF rescued another Israeli national in Ladakh, who was suffering from mountain sickness with difficulty in breathing due to the high altitude and transported him to Leh.

Earlier, the Indian Air Force on Friday deployed its Cheetal helicopter to rescue an Italian mountaineer stranded on a mountain top in the Kargil sector.