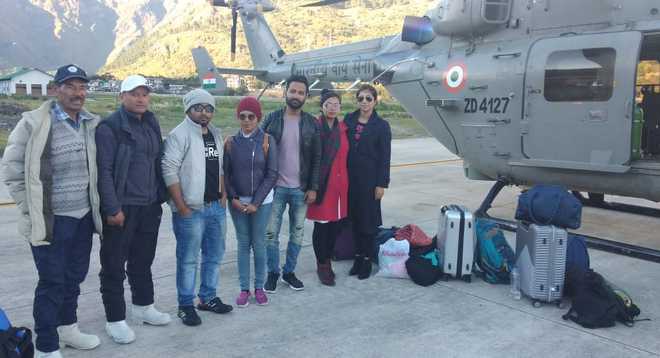 The missing group of 45 IIT- Roorkee along with 5 US-born nationals and 2 German trekkers were rescued on Tuesday. The joint operation was launched by the District Police and Border Roads Organization together found them with success.

They were stranded in Lahaul Valley. Due to landslides happening in the region by heavy snowfall, it damaged and blocked roads linking to Manali.

Also, there are nearly 500 other stranded locals and tourists in the valley from past two days and Air Force would soon be airlifting them and would bring them safely to Manali and Kullu towns.

All the stranded people have been provided with accommodation and eatables.

As the chances of heavy snow are still very high, the government has advised the tourists not to go into remote areas

Chief Minister Jai Ram Thakur took an aerial survey of the Lahaul valley up to Chandertal to know the damage caused in the state. He said that Himachal Pradesh has suffered a loss of more than 1300 crores in the last four days.