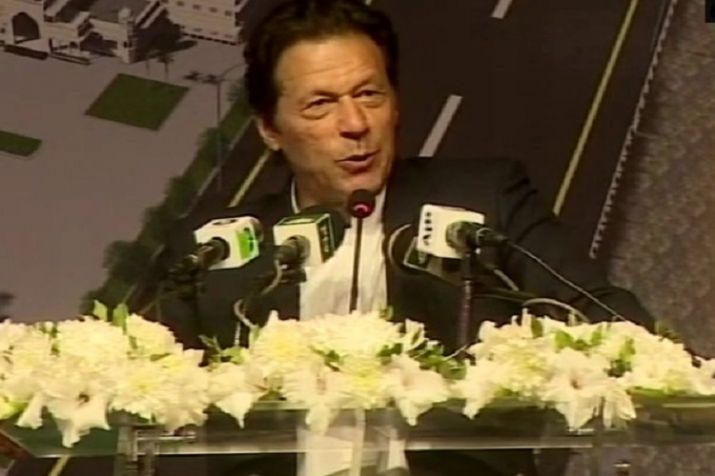 India on Wednesday termed Pakistan Prime Minister Imran Khan's reference to Kashmir during the groundbreaking ceremony of the Kartarpur corridor "deeply regrettable" and said he chose to politicise a pious moment.

The Ministry of External Affairs said Jammu and Kashmir was an "integral and inalienable" part of India.

"It is deeply regrettable that the Prime Minister of Pakistan chose to politicise the pious occasion meant to realise the long pending demand of the Sikh community to develop a Kartarpur corridor by making unwarranted reference to Jammu and Kashmir which is an integral and inalienable part of India," the ministry said.

It added that Pakistan must fulfil its international obligations and take effective and credible action to stop providing shelter and all kinds of support to cross-border terrorism from territories under its control.

Earlier in the day, External Affairs Minister Sushma Swaraj said in Hyderabad that there will be no dialogue with Pakistan unless it desists from terrorist activities against India.

Her comments came a day after Islamabad said it would invite Prime Minister Narendra Modi to the SAARC summit.

"That invitation has already been given. But we are not responding to it positively. Because, as I said, that unless and until Pakistan stops terrorist activities in India, there will be no dialogue and we will not participate in SAARC," Swaraj said at a press conference.

The Pakistan prime minister laid the foundation of the Kartarpur corridor linking two revered gurdwaras on either side of the border at a ceremony attended by India's Union ministers Harsimrat Kaur Badal and Hardeep Singh Puri as well as Punjab minister Navtoj Singh Sidhu.

"I am saying today, that our political leaders, our army, and all other institutions are all on one page. We wish to move forward, we want a civilised relationship. We have just one problem, Kashmir. If the man can walk on the moon, what problems are there that we cannot resolve?" Khan asked while addressing the gathering.

The much-awaited corridor between Kartarpur in Pakistan and  Gurdaspur in India will facilitate visa-free movement of Indian Sikh pilgrims.

Kartarpur Sahib in Pakistan is located across the river Ravi, about four kilometres from the Dera Baba Nanak shrine. It was established in 1522 by Guru Nanak Dev who is believed to have spent 18 years there. The first gurdwara, Gurdwara Kartarpur Sahib, was built here, where Guru Nanak is said to have died.  PTI