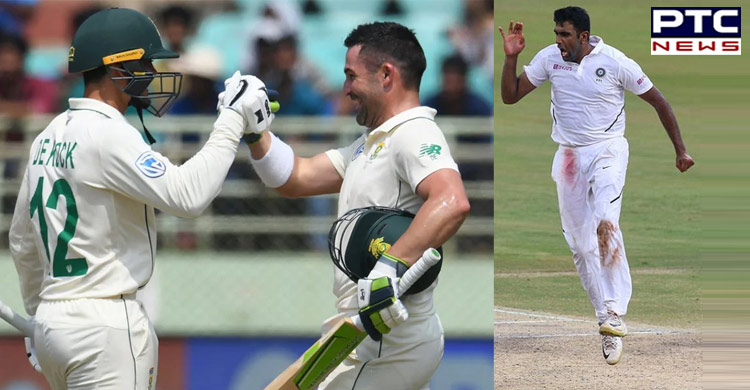 Ind vs SA, 1st Test, Day 3: After losing early wickets on Day 2, Dean Elgar and Quinton De Kock, rescued the team from the follow-on. On the other hand, it was R Ashwin who took five-wicket haul and put the side back on the track. Proteas stepped in on Day 3 with Elgar and Bavuma on the crease. However, Bavuma was dismissed early by Ishant Sharma, as he bowled a nip-backer around off stump.

The low bounce compounded the misery for Bavuma, who was completely beaten on the inside edge as it thudded into the pad. Afterward, Elgar along with the skipper Faf Du Plesses stood wise on the crease. Elgar fetched his fifty in 40th over, to which he converted it into a huge score, as completed his century in 60th over.

Likewise, skipper Faf du Plessis smashed half-century in 53rd over, however, he got dismissed by Ashwin, as he gave a catch to Pujara. Proteas were 178-5. Then it was De Kock, who gave tremendous support to Elgar, as he himself hammered a magnificent ton against India.

De Kock scored 111 runs off 163 balls, while Elgar scored 160. Interestingly, both the set batsmen went back to the pavilion, after which they lost another wicket in the form of Vernon Philander.