Maldives Foreign Minister Abdulla Shahid on Wednesday addressed media persons in Delhi over major things happening in India. Abdulla is on 5-day visit in India to attend Joint Commission between India and Maldives. While talking about Citizenship Ammendment Bill 2019, Abdulla said that “India’s Parliament is an elected Parliament, it is for the members of the Parliament to take a decision. It is not for us to comment on it. Let the Parliament do it.”

Meanwhile, he spoke up on Article 370 revocation. He said, “Indian Constitution can be amended by Indian people and Parliament. It is not for neighbouring countries to interfere. It is an internal affair.”

Responding to the question if China is playing bigger role than India in Maldives, Abdulla Shahid said that “If you look at difficult situations that Maldives had in past,which country came to Maldives’ assistance, India has been the first country to come to our assistance, every time.” ” India has a bigger heart. Maldives has the best relations with India,” he added.

Meanwhile, he said that “I am in Delhi to attend Joint Commission between India and Maldives. The Commission is supposed to meet every 2 years, but last time it was held in 2015 due to some reasons. Joint Commission is important in an order to have bilateral relations in a more structured manner.”

Furthermore, he said “We will be meeting Mr. S Jaishankar (External Affairs Minister) and I will be reviewing the work that has been done in the past year and also set agenda for next two years.” 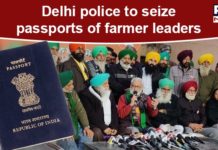 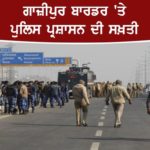