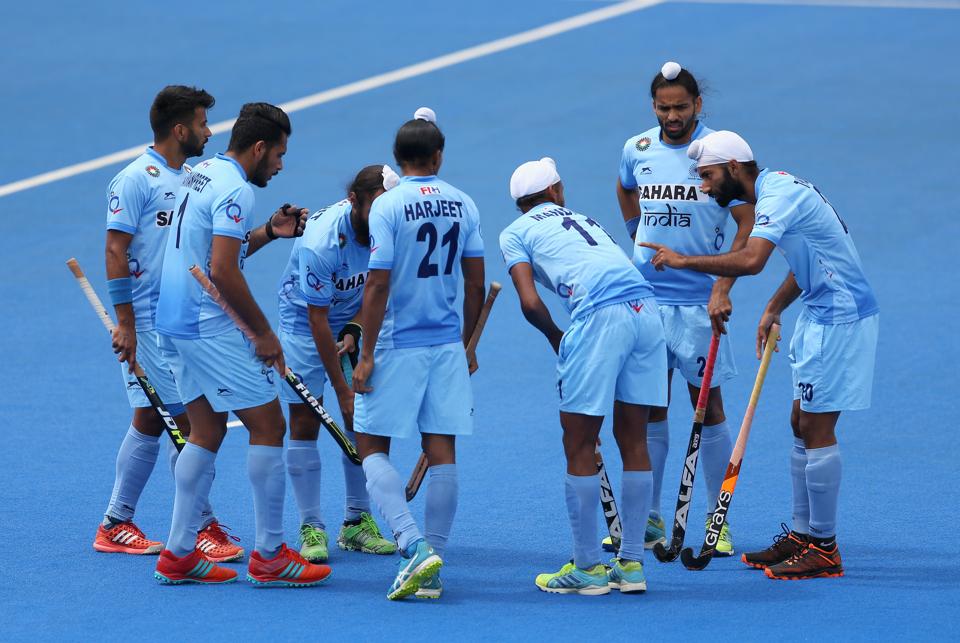 With the top galaxy of world hockey on display, the second day of Odisha Hockey World League final turned out to be a day of upsets with the hosts India losing to England 2-3 after both Belgium and Spain had upset the apple cart of their higher placed opponents.

Defeat for India, their first in two games, put them at the bottom of pool B with one point from the opening drawn game against the defending champions Australia. Earlier, Spain beat Holland 3-2 while Belgium avenged their Rio Olympic hockey gold medal match defeat by outclassing Argentina 3-2.

The last and fourth game of the day saw some fierce fight for supremacy as England were sitting comfortable with 2-0 lead at the end of the third quarter. Egged by a strong home, Indians staged a splendid recovery in the fourth quarter scoring twice in five minutes.

David Goodfield (25th minute) and Samuel Ward (43rd minute) had given England the lead. The second goal was more because of a forced error or lapse as Harmanpreet could not handle an aerial ball and allowed it to drift to Ward who made no mistake with the opportunity.

Both the goals came via penalty corners. The first was an excellent conversion from rebound by Akashdeep while from the second Rupinder Pal Singh made no mistake with a low flick on the extreme right corner of the goal.After the parity was restored, England ranked seventh, a step below India, refused to give up. Continuing with their aggression, Samuel ward clinched the match winner with a superb goal, three minutes from the final whistle. though India withdrew the goalkeeper for last three minutes, it did not help.