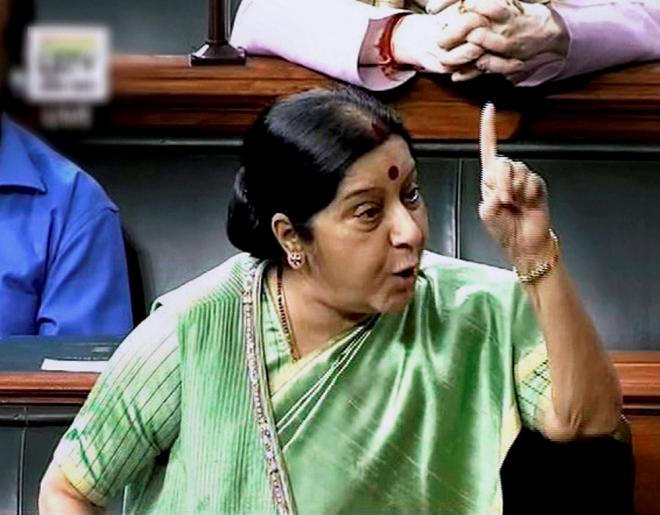 New Delhi: India today underlined its claim over territories of Jammu and Kashmir under Pakistani occupation amid moves by Islamabad to declare Gilgit-Baltistan as a new province.

External Affairs Minister Sushma Swaraj asserted in the Lok Sabha that it would be wrong to think that India will let go of any part of its territory.

She made the statement after BJD leader Bhartruhari Mahtab wondered if the government has even properly responded to Pakistan's move to make Gilgit-Baltistan its fifth province.

Noting that some Western countries had criticised it, he asked, "What is our government's response?"

He asked the government to not forget history or it will be condemned to repeat it.

In her response, Swaraj said the Indian government had opposed Pakistan's move the very day it got to know about it.

"Even raising a doubt over this government that it will let go of some area will be wrong," the minister added.

She noted that both Houses of Parliament had passed resolutions which had iterated India's claim over the PoK and Gilgit-Baltistan, both under Pakistan's occupation, and the government was bound by it.

She also quoted a BJP slogan which underlines India's claim over the territory and noted that its founder Shyama Prasad Mookerjee had "sacrificed" his life over this.

"We are bound by Parliament's resolutions and also our resolve," she said.