India vs Australia 2nd ODI: Virat Kohli set to return at No. 3 as India aims to stop dominating Australia 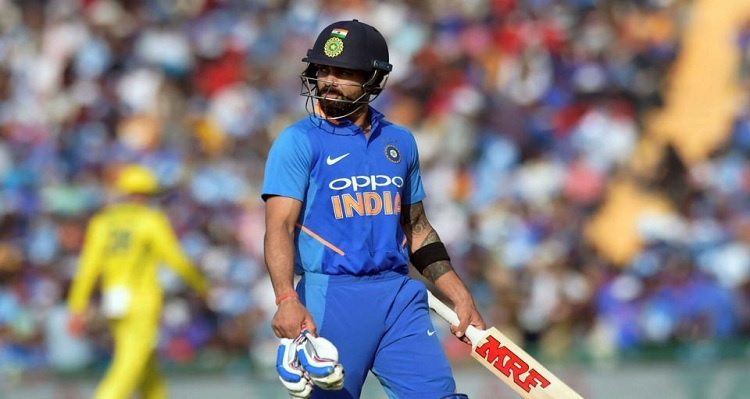 India vs Australia 2nd ODI: Men in Blue is all set to take on the dominant Australia in the second ODI at Saurashtra Cricket Association Stadium, Rajkot, on Friday. India was defeated by Australia, which was a nightmare for Men in Blue as David Warner and Aaron Finch smashed magnificent tons to mark the victory at Wankhede Stadium in Maharashtra.

Despite Bumrah, Kuldeep Yadav and Mohammed Shami, the Indian bowling attack was not able to bag a single wicket. David Warner scored 128 runs off 112 balls that include 17 boundaries and 3 balls, while Aaron Finch smashed 110 runs off 114 including 13 boundaries and 2 sixes.

Australia is expected to play the same playing XI. With Pant being ruled out of the second ODI due to concussion, KL Rahul is set to take over the wicketkeeping duties. Meanwhile, Virat Kohli could move back to his number three position and the team may opt for the extra batsman in the form of Manish Pandey or Kedar Jadhav, who can also bowl part-time spin.