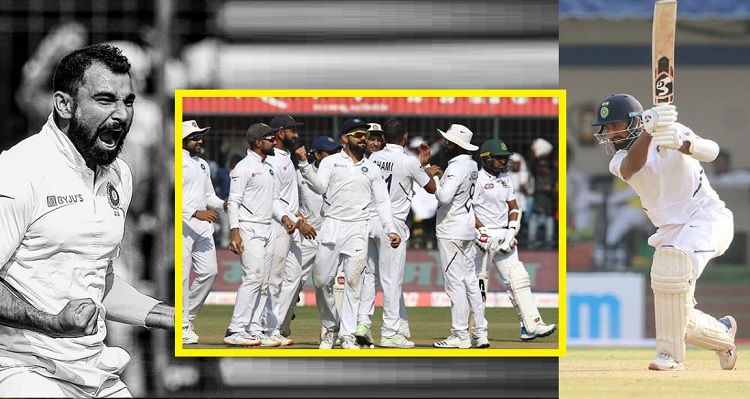 India vs Bangladesh 1st Test Day 1: India were within 64 runs of overtaking Bangladesh in the first innings of the first Test at Indore on Thursday. Bangladesh won the toss and elected to bat first in the Indore Test on Thursday. While batting first, Bangladesh openers Shadman Islam (6) and Imrul Kayes (6) were dismissed earlier by Ishant Sharma and Umesh Yadav, respectively within 10 overs.

However, skipper Mominul Haque and Mushfiqur Rahim tried to stand in front of the Indian pace attack, before Mohammad Mithun (13) went back to the pavilion. Haque (37) was dismissed by Ashwin, while Rahim (43) became the target of Mohammad Shami.

Rohit Sharma went for a lazy drive with no feet movement. He was nowhere near the pitch of the ball, edged and was caught by Liton Das. He scored just 6 runs and went back to the pavilion. Mayank Agarwal took time to get settled on the crease and scored 37 off 81 balls till stumps on Day 1. Meanwhile, Cheteshwar Pujara was bit aggressive as he scored 43 off 61 balls including 7 fours. Now, India will start the day 2 with Pujara and Mayank on the crease.