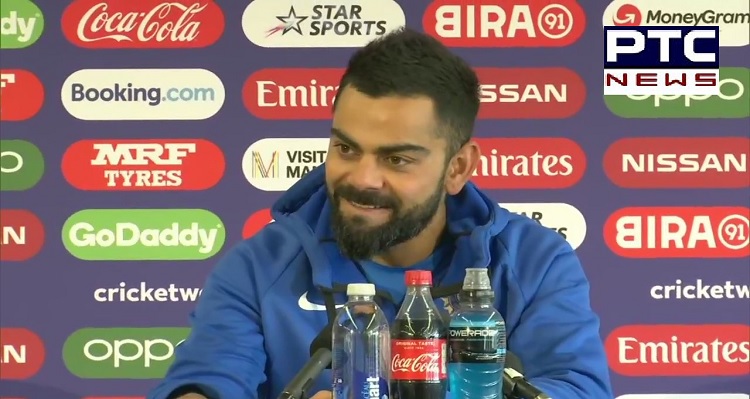 Likewise, Virat Kohli addressed the media persons on the same before the crucial match of India vs New Zealand in ICC Cricket World Cup 2019 Semi-final. Virat Kohli said, "When we meet tomorrow I'll remind him. It's nice to realize that 11 yrs after, we're captaining our respective nations again in a senior World Cup".

Furthermore, Indian Skipper Virat Kohli said, "a lot of players from that World Cup (2008 Under-19 World Cup) from our batch, from their batch, from other teams as well, made it to their national teams & are still playing. I think it is a really nice memory. Neither I nor he could have ever anticipated that one day this will happen."

Virat Kohli on the intensity of India vs New Zealand in Semifinal said, "Decision making will be crucial. Both teams are experienced enough to have played these games. New Zealand was in the finals the last time & they know how to play knock out games. They have had a wonderful World Cup again so they're a quality side".

Virat Kohli spoke up the pressure being mounted ahead of the semi-final in ICC Cricket World Cup 2019. He said, "Whichever team is braver in being calculative, that team stands a better chance to win so we understand that combination, we've made it to a lot of knockout games&finals and it's up to both to bring their A game. Whoever handles pressure better will come out on top".

The crucial semi-final match India vs New Zealand will be played at Manchester on Tuesday, which will decide one of the finalists for ICC Cricket World Cup 2019. Although, there's a threat of showers on the Cricket ground, let's hope to have an intensified semi-final match.