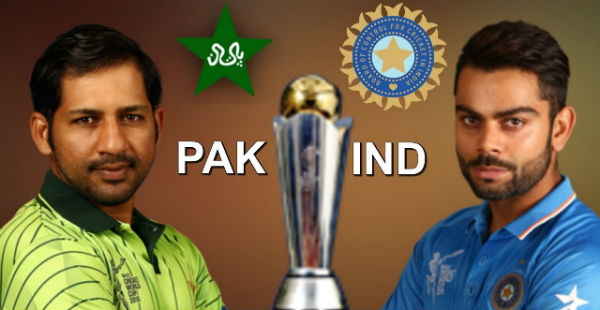 Jammu : As the Indian cricket team gears up to take on Pakistan in the Champions Trophy clash in England, Border Security Force (BSF) jawans in Jammu have extended their best wishes to Team India and exuded confidence that Virat Kohli & Co. will emerge out as victorious in the much-anticipated, high octane encounter.

"Jeetaga bhai Jeetega, India jeetega" reverberated across the room as the soldiers were seen dancing on dhols.

"We have been beating Pakistan in the past. And I am sure we will beat them this time also. They cannot defeat us. We are very much excited for the match. And we want a thumping India win. We wish Virat Kohli and his men all the very best," said one of the BSF jawan.

Today's match comes with a special significance, as on the political frontier, India and Pakistan are facing their worst ever diplomatic friction.

Tensions have been running high amid the spree of ceasefire violations, cross-border infiltrations and the Kulbhushan Jadhav case.

The contest between the two arch-rivals is being seen as not just a 'game' among fans, but more of a point to be proven.

While bilateral cricketing ties between the two countries have been suspended for all means and purposes, Union Sports Minister Vijay Goel had said that the government won't have a say in India playing Pakistan in a multilateral tournament overseas such as the ICC Champions Trophy.

"Terrorism and sports will not run hand in hand," Goel had said a few days back.

While Pakistan hold a 2-1 lead over their fierce rivals in the Champions Trophy, it is India who have won 10 out of the 11 contests at the World Cup and World T20 tournaments between the two sides.

In recent times, however, the rivalry between the two cricketing giants has been one sided with India enjoying the lion's share of positive results.

Both Virat Kohli and Sarfraz Ahmed have stated that they would like to treat this high octane match as just another game of cricket but when it come to India-Pakistan clash, we all know it's not just any 'other game'.