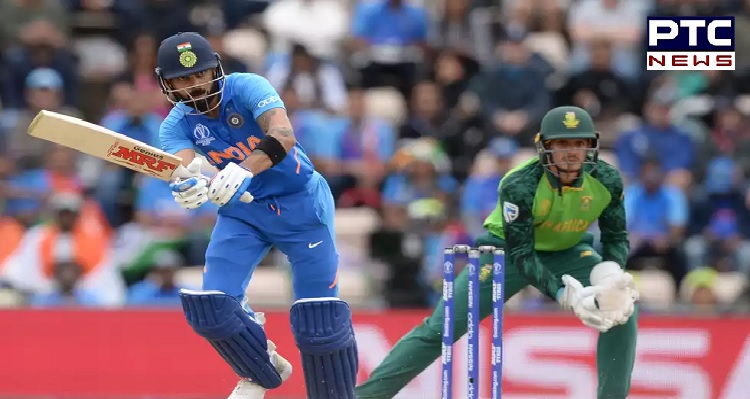 The South Africa tour of India kicked-off with the three-match T-20 series. The first match was abandoned without a ball bowled at Dharamshala on Sunday. Now, India and South Africa will take on each other at Punjab Cricket Association IS Bindra Stadium, Mohali. Despite its long boundaries, the stadium has been a batsman’s delight. The pitch will be nicely sun-baked in the lead-up. Also, there is no likelihood of rain, which means that the show is on the cards.

Chasing is the trend in Mohali, with the expected due, which usually goes in favour of the team batting second. India does not have a good record against the Proteas in terms of T20s on Indian soil. Men in Blue haven’t won a single T20 match against South Africa in India. Both teams faced each other in a T20 series in 2015, where India lost by 2-0.

Proteas defeated the hosts twice but one of the matches was called-off. This year also, one match was called-off and two are left. Both of these are to be played on the batting pitches – Mohali and Bengaluru, promising highly-anticipated matches. Currently, Pakistan is first in the ICC T20 ranking, followed by England, South Africa and India at the fourth position. This means that a win will not come easy for India, especially with ace of deck Jasprit Bumrah being rested.

However, the Indian side has the formidable batsman Hardik Pandya. But let’s not forget David Miller, who has spent a lot of time at PCA during IPL. India has been on a record-breaking spree right from the 2018 tour of Australia to the 2019 tour of West Indies. It will be interesting to see if India can break the record by winning the first T20 match against South Africa on Indian soil.