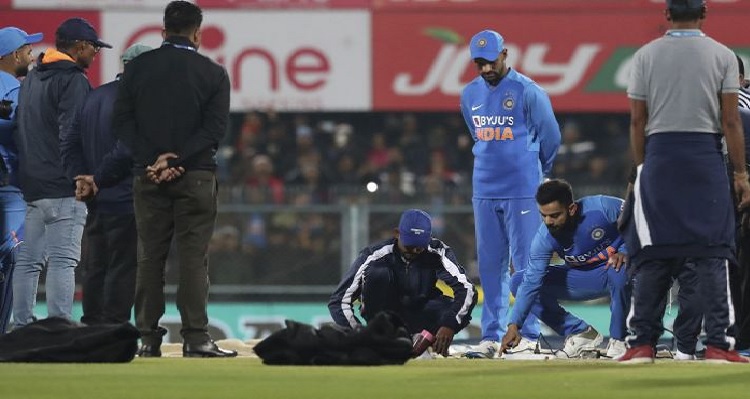 India vs Sri Lanka 2nd T20, Indore weather: New Year started with rain spoiling the first T20I match at Guwahati on Sunday. Meanwhile, Men in Blue will take on Sri Lanka in the second T20 match at Holkar Cricket Stadium, Indore, on Tuesday. However, the fans will be praying that god of rain, Zeus, will show mercy in Indore.

According to the Accuweather, the weather in Indore is likely to remain clear during the afternoon, but rain can make its presence felt, later in the evening. The probability of rain is 52% while weather will be partly cloudy with some chance of mild showers during the evening on January 7.

Sor far, Holkar Cricket Stadium has hosted only a single T20 match which also featured India locking horns with Sri Lanka in December 2017. In the previous match, Virat Kohli won the toss and elected to bowl first citing dew factors as the key role. Therefore, if Zeus will allow the match in Indore, than Virat might go to bat first.

In 2017, India won the match in Holkar Cricket Stadium under the captaincy of Rohit Sharma who has been rested from the current series. During that match, India scored a giant total of 260-5, while batting first.