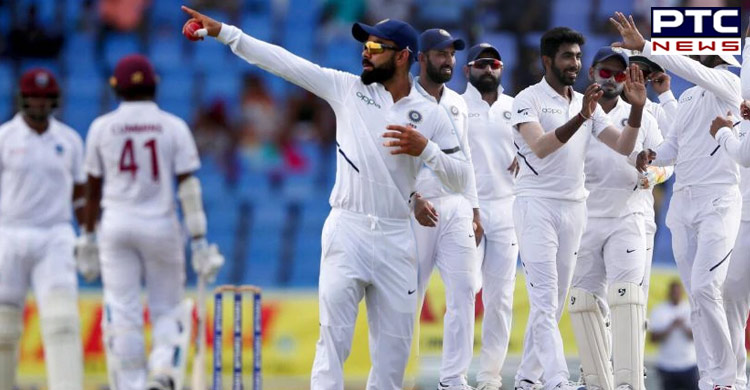 India vs West Indies 2nd Test 2019: The hosts are all set to take on the visitors in the highly anticipated match, as this is going to be do-or-die for them in the Test series. Windies have already lost ODI series and T20 series, but 2-match Test series results are still awaited. India has won the first Test by 318 runs at Antigua and now the teams will face each other at Sabina Park, Kingston, Jamaica.

Ajinkya Rahane was heavily applauded for playing the innings of responsible Vice-Captain, wherein the one inning he scored 81, while in the second innings, he hammered the much-awaited century from his bat. Likewise, Jasprit Bumrah and Ishant Sharma were in tremendous form at Antigua, and the nation wants that same spark again. Ishant and Bumrah both took 5-wicket haul at Antigua Test.

However, Windies weren't an easy target, as they retaliated too, but lacked in batting. Also, West Indies skipper Jason Holder said in a post-match presentation, that it was the batting which the reason for their defeat. Windies are doing great with the bowling, including the perfect line and length bowling by Roton Chase, or be it Gabriel with variations. Holder himself, being a captain is showing his potential, as to why he deserves to be on the top of ICC Test Rankings for All-Rounders.

In term of playing XI, India is likely to deploy the winning combination, however, they might give a chance to Hardik Pandya, but the question will be who will be replaced with? On the other side, Windies might get a single change, as Keemo Paul will make it to the XI as he recovers from the injury, which means Miguel Cummins will have to make his way out to the pavilion. Ind vs WI 2nd Test is going more interesting as India is already having that confidence, while Windies have figured out their flaw.