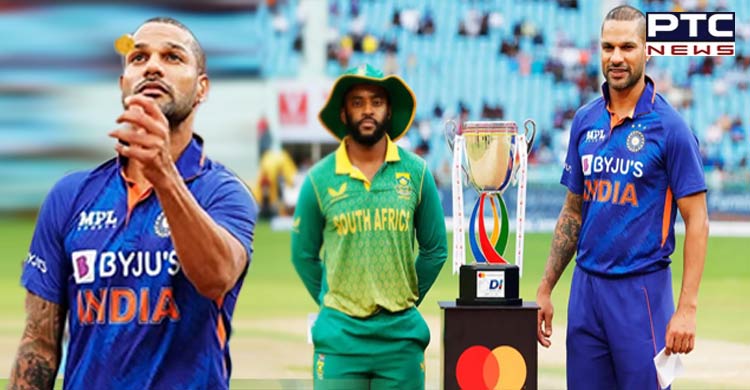 Lucknow, October 6: Indian Captain Shikhar Dhawan won the toss and chose to field first in the first ODI at Lucknow which has been curtailed to a 40 per over side match due to rain.

The rain-truncated ODI will see the debut of Ruturaj Gaikwad as India plays with two spinners and three pacers.

The South African team brought back Jaaneman Malan at the top while Heinrich Klaasen and Tabraiz Shamsi also returning in the team.

"We would like to field first. There is a bit of moisture on the wicket and we want to exploit that. We got 6 batters and 5 bowlers playing. Ruturaj is making his debut today. 2 spinners and 3 pacers," said Shikhar Dhawan after winning the toss. 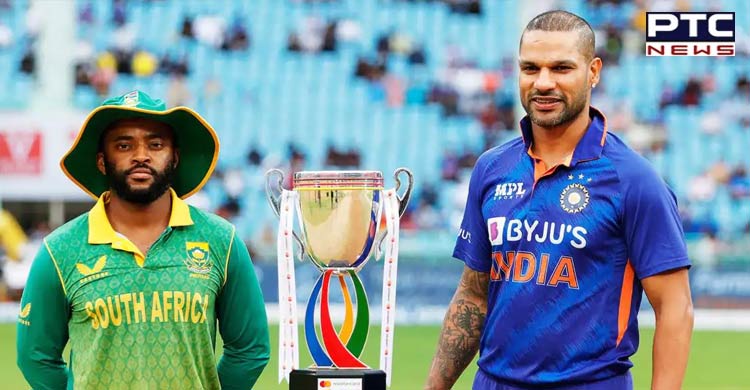 "We would have liked to bowl first as well. We have a job to do with the bat and we need to adapt accordingly after the first few overs. You gotta be able to adapt to different formats quickly and we still want to keep those T20 skills in check. Every game for us is a big opportunity. Malan is back at the top, Klaasen is back in the middle and also Shamsi is back," said South African captain Temba Bavuma after the toss.