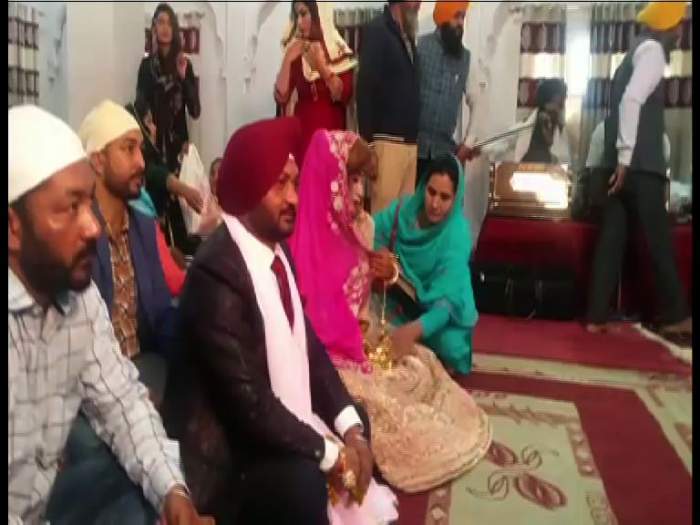 Transcending borders amid renewed tensions between the two countries, a Pakistani girl Saturday tied the knot with an Indian man at an SGPC-run gurudwara at Patiala. 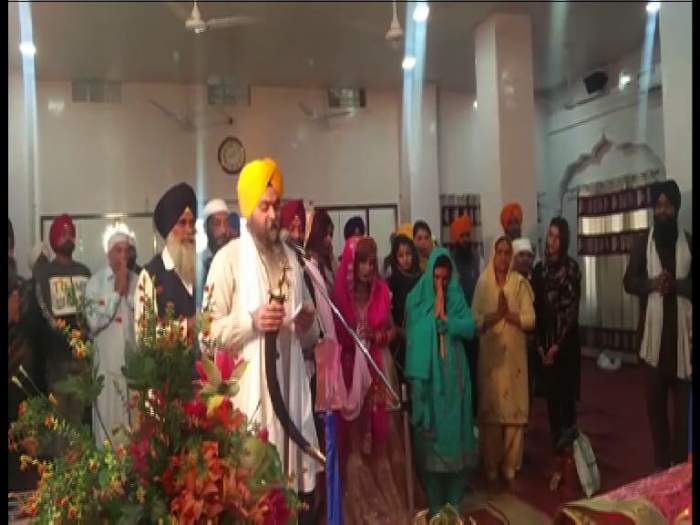 Kaur's plan to reach Patiala on February 23 got delayed due to heightened tension between India and Pakistan following the terror attack in Pulwama. She reached Patiala on a 45-day visa by Samjhauta Express on Thursday.

As the Indian Embassy in Pakistan gave her visa only for Patiala, she came here and stayed with her relatives at Samana. Parvinder Singh and his family reached here on Saturday to solemnize the marriage.

Executive member of the Shiromani Gurdwara Parbandhak Committee (SGPC) Jarnail Singh Kartarpur also attended the ceremony and presented 'siropa' (robe of honour) to the bride and groom on behalf of the SGPC.

Parvinder Singh told the media their families had arranged their marriage in 2016.

He said his request for a Pakistani visa was denied last year, following which it was decided that Kaur and her family will come to India.

After solemnizing the marriage, Singh said his wife, who is in India on a 45-day visa, would apply for Indian citizenship.

Singh is the youngest of three siblings, and Kaur is a distant relative of his aunt, who had stayed back in Sialkot after the Partition in 1947.

They had first met in 2014, when Kiran had come to India and stayed in their village along with her family. PTI