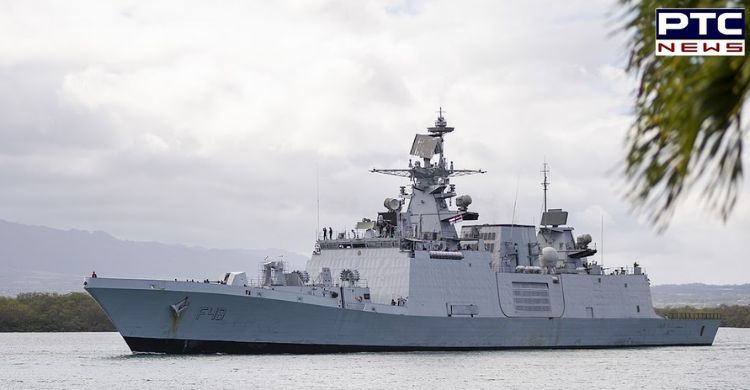 Suva (Fiji), September 3: Indian warship INS Satpura has departed from Port of Suva in Fiji in the South Pacific Ocean.

The visit, the first by an Indian warship in four years, was intended to foster friendship and cooperation between the two countries. Earlier, INS Satpura hoisted the National Flag in San Diego, as part of the Indian Navy's deployment of ships around all six inhabited continents to commemorate 75 years of independence.

INS Satpura is a 6,000-tonne guided missile stealth frigate designed and built in India that can seek and destroy adversaries on land, sea, and air. The ship is part of the Eastern Fleet's frontline, located in Visakhapatnam. In the 75th year of India's independence, INS Satpura, a frontline unit of the Eastern Fleet located in Visakhapatnam, was tasked with a long-range operational deployment.

Previously, the Indian Naval Warship, INS Satpura, and the P8I LRMRASW aircraft participated in one of the greatest multilateral naval exercises, the Rim of the Pacific exercise (RIMPAC), held in Pearl Harbour in Hawaii.

The Indian warship arrived in Hawaii on June 27, 2022, for the multinational naval exercise, while the P8I aircraft arrived on July 2, 2022. During the harbour phase of the exercise, participants took part in a number of symposiums, exercise planning discussions, and sports competitions.

INS Satpura participated in RIMPAC-22 as part of its long-range operational deployment.

The Indian Navy took part in RIMPAC-22 with INS Satpura, one P8I maritime patrol aircraft, and a shore contingent.

On June 15, the INS Satpura had a special Yoga Protocol at Guam Harbour in the United States.

Personnel from other foreign Naval Warships in port, as well as personnel of Indian origin on Guam, were invited in addition to the ship's crew. Officers and sailors from the United States, Singapore, and the Philippines Navy took part in the Yoga protocol.