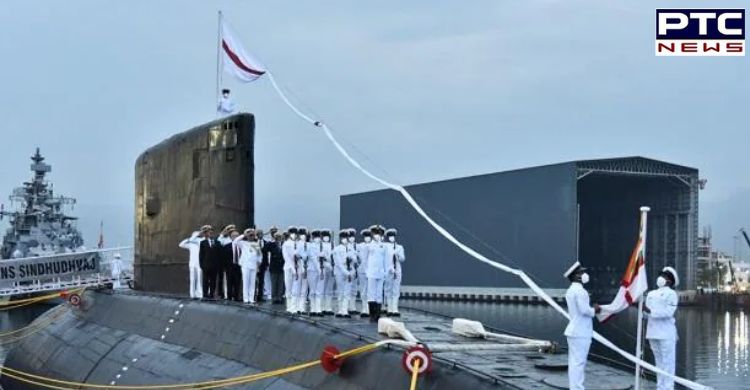 New Delhi, July 17: The Indian Navy's submarine INS Sindhudhvaj has been decommissioned after 35 years of glorious service to the nation.

Sindhudhvaj, as the title suggests, was the flag bearer of indigenisation and the Indian Navy's works to reach Atmanirbharta in the Russian-built Sindhughosh class submarines during her naval service. According to the Ministry of Defence, she had many firsts to her credit, including the operationalisation of the indigenous sonar USHUS, indigenous satellite communication systems Rukmani and MSS, inertial navigation system, and indigenous torpedo fire control system.

The traditional ceremony took place at sunset, with a gloomy sky adding to the solemnity of the event as the Decommissioning Pennant was lowered and the submarine was paid off after a 35-year service.