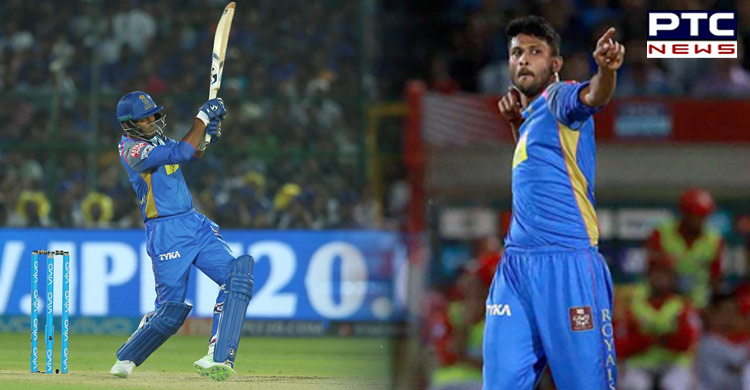 All-rounder Krishnappa Gowtham is all set to play for Kings XI Punjab, after being released by Rajasthan Royals for the 2020 edition of Indian Premier League (IPL). Meanwhile, Ankit Rajpoot is headed to Rajasthan. Also, Trent Boult has been picked up by Mumbai Indians. He played for Delhi Capital in 2018. Mumbai Indians has drafted fast bowler Dhawal Kulkarni from Rajasthan Royals.

Now, along with Lasith Malina and Jasprit Bumrah, Kulkarni and Boult will make the attack even more lethal. Rajasthan Royals spent a whopping Rs 6.2 crore to acquire the services of Krishnappa Gowtham in the 2018 edition. Ankit Rajpoot, who was recently onboard Kings XI, had the best figures in the 2018 edition, claiming 5/14 against Sunrisers, Hyderabad.

Rajpoot is the only uncapped player with a five-wicket haul in the Indian Premier League. Recently, Kings XI Punjab (KXIP) named former skipper Anil Kumble as head coach for IPL 2020. The auction of the Indian Premier League 2020 will be held in Kolkata on December 19. This is the first time that the Board of Control for Cricket in India (BCCI) has decided to conduct auctions at a new venue.