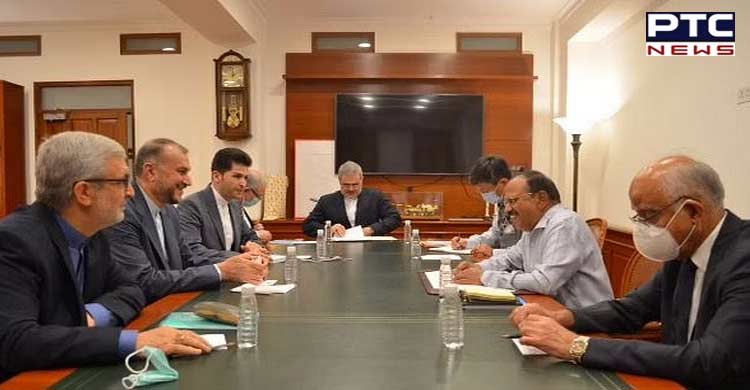 New Delhi, June 9: Iran is satisfied with the efforts made by the Indian government in dealing with those responsible for controversial remarks on Prophet Muhammed, said Iranian Foreign Minister Hossein Amir Abdollahian.

Abdollahian, who is on his first visit to India since he assumed office last year, raised the issue of the derogatory comments made by two former BJP leaders, during his meeting with National Security Advisor Ajit Doval in Delhi on Wednesday.

The Iranian Foreign Ministry stated that Abdollahian had raised the issue with Doval and was satisfied by the response he received.

"Ajit Doval reaffirmed the Indian government and officials' respect for the Prophet Muhammad (PBUH), saying offenders will be dealt with, at the government and related bodies levels, in such a way that others will learn a lesson," the statement issued by Iranian foreign ministry read.

"Amirabdollahian said Muslims are satisfied with the stance of Indian officials in dealing with the culprits," it added.

Amirabdollahian also lauded the Indian people and government for their respect for divine faiths, especially the Prophet Muhammad, as well as religious tolerance, historical coexistence, and friendship among followers of different religions in the country. The Iranian foreign minister also urged that Muslims' religious sanctities be given serious consideration.