It was difficult to make comeback after 2 loses, says Raina 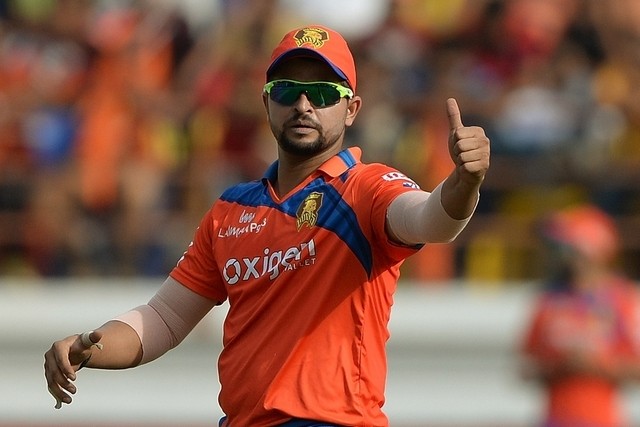 Rajkot: Savouring their first win in IPL 10, Gujarat Lions captain Suresh Raina today said it was a difficult proposition for his side to make a strong comeback in the tournament, especially after ending up on the losing side in their first two games.

"It was difficult for us to comeback strongly after losing the two games," Raina said at the post-match presentation ceremony here.

Raina was full of praise for debutant fast bowler Andrew Tye (5/17) who registered the second hat-trick on a single day in the history of IPL today.

"I thought AJ (Tye) bowled brilliantly. He is a very smart cricketer who varies his pace, especially in the death overs," he said.

Raina also praised the opening duo of Brendon McCullum (49) and Dwayne Smith (47), who had set the platform for the comfortable chase with a 94-run opening stand.

"Baz (McCullum) and Smith did it for us. They have done it for CSK and they did it again today," he said.

Supergiant skipper Steven Smith said losing wickets in a heap after a good start held them back from posting a bigger total on the board, especially on a good batting wicket.

"I don't think that wicket really changed over the course of 40 overs. It was a pretty good wicket. We got ourselves into a good position but lost a few wickets in clumps and we weren't good enough tonight," he said.

"The surface played better than we thought it would. When Dwayne (Smith) and McCullum get going, it's hard to stop them and we could not come back after that."

"It's a good format of cricket, but traditionally, I would still love to play Test cricket. The slower ball worked very well for me," said Tye