It's official! Rahul Gandhi all set to become Congress chief 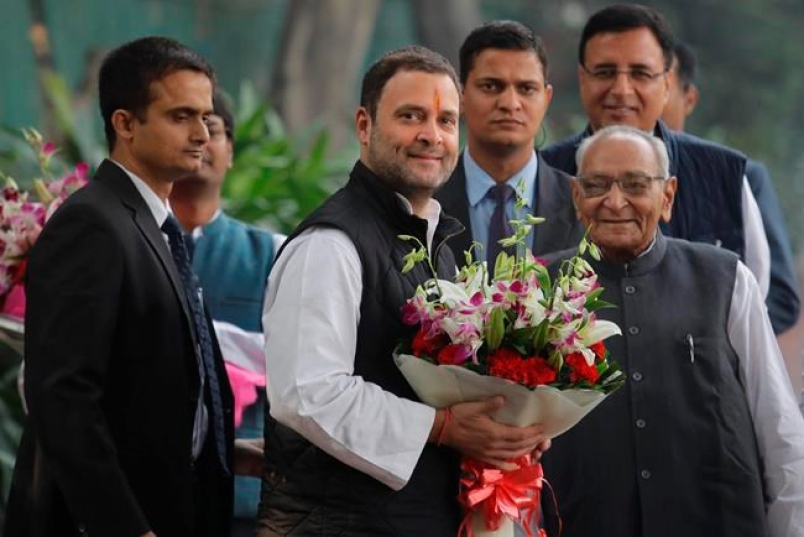 Rahul Gandhi is the next Congress president after the party’s election authority on Tuesday announced that he was the only validly nominated candidate for the poll.

“We have scrutinised all 89 forms we received. All forms are valid. The only one validly nominated candidate in fray for the Congress president’s election is Rahul Gandhi,” said party’s Central Election Authority in a statement signed by Returning Officer Mullapally Ramachandran.

There will be no election as earlier anticipated.

The Congress, however, wants to go through all processes of the election and will wait until December 11 to officially name Rahul Gandhi the successor Congress chief Sonia Gandhi.

December 11 is the last date for withdrawal of nominations for the election. Rahul Gandhi will automatically become Congress president after that day.