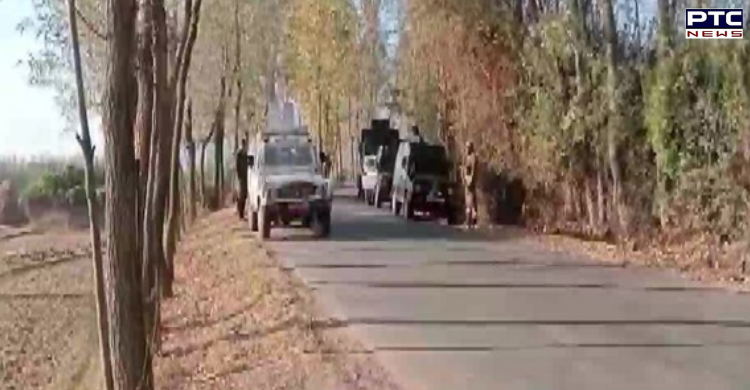 Bandipora, October 15: Vehicular movement on the Bandipora-Sopore road between Badyara and Kanbathi villages in Jammu and Kashmir's Bandipora district has been halted after security forces detected an Improvised Explosive Device (IED), officials said on Saturday.

Bomb Disposal Squad has been called in and vehicular movement has been halted as a precautionary measure, they said.

Earlier on October 8, the security forces foiled an attempt by Pakistan-sponsored terrorists as they recovered three Improvised Explosive Devices (IEDs) and sticky bombs from the Billawer area of the Kathua district.

According to the police, the recovery was made on the disclosure of a Jaish-e-Mohammad (JeM) terrorist arrested from Kathua on October 2.

Kathua SSP said that the police have averted a major tragedy which could be happened if such materials were not recovered.

"As the festival season is going and the explosive could be used anywhere," he said.

He said further interrogation is going on to get disclosure from arrested terrorists.