Jammu, Nov 10 (PTI) The Jammu and Kashmir Police will get bullet-proof vehicles and jackets for most of its jawans serving in insurgency-hit areas, in view of the recent terror attacks in the Valley, a senior official said today.

As many as 26 cops have been killed in the terror attacks in the Kashmir Valley this year, according to official police data.

“Lots of things are being procured to modernise the police force after recent attacks on policemen by terrorists, and the Ministry of Home Affairs was kind enough to take swift action and sanctioned bullet-proof vehicles for almost all the police stations and senior officers,” Director General of Police (DGP) J-K, S P Vaid told PTI.

He said the bullet-proof jackets and headgears (patkas) are also under procurement and police modernisation is taking place.

“Around 150 bullet-proof vehicles are being procured and bullet-proof jackets and headgears (patkas) are being given to most of the jawans in insurgency-hit areas,” the DGP said.

He said there is a lot of support from the state and the central government.

When Prime Minister Narendra Modi visited Jammu and Kashmir, he had announced Rs 500 crores for the modernisation of the Jammu and Kashmir Police under the prime minister development programme and that is under procurement.

Most of the top militant commanders, including Masood Azhar’s nephew, Jaish-e-Mohammad Mehmood Bhai, Lashkar-e- Taiba’s Abu Dujana and Waseem Shah, and Burhan Wani’s successor Sabzar Ahmad Bhat of Hizbul Mujahideen, were among 170 terrorists killed in encounters with security forces in Jammu and Kashmir this year.

The DGP said that roughly 170 militants have been killed this year only (in Kashmir) and this is the record of last ten years.

“Except four to five commanders, most of the commanders have been eliminated,” he said.

“We are looking into the causes, there are various reasons. After all the police is also part of the same society and you can get influenced. You live in the same society, same villages. It is not a serious challenge,” he added.

Muscular security policy will not work in J&K: Mehbooba says after her resignation 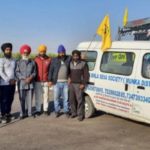