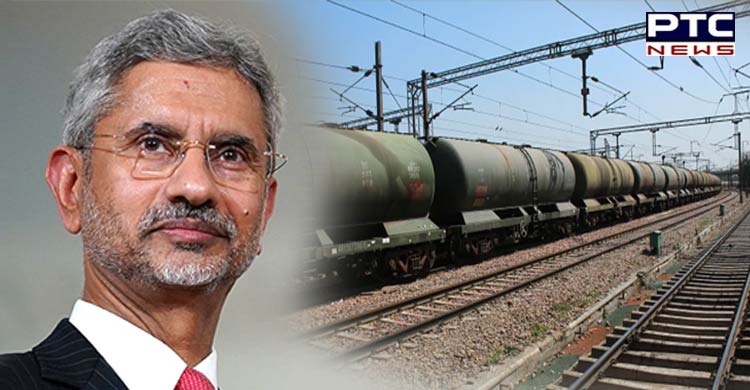 Bratislava (Slovakia), June 3: External Affairs Minister S Jaishankar has hit back at the unfair criticism of Indian oil purchases from Russia amid the Ukraine conflict that has created a knock-off effect on the global economy.

Jaishankar statement's come as he spoke at the GLOBSEC 2022 Bratislava Forum being held in Slovakia on the topic 'Taking Friendship to the Next Level: Allies in the Indo-Pacific Region'.

Speaking further on importing of Russian oil by India, he stated that the packages of sanctions imposed by the European Union are imposed keeping in mind the interest of certain European nations.

"Europe is buying oil, Europe is buying gas...new package of sanctions, it is designed in a way that consideration has been given to the welfare of the population, pipeline has carveouts... if you can be considerate to yourself, you can be considerate to other people. If a Europe says, if we have to manage it in a way impact on the economy is not traumatic, that freedom should exist for other people as well," he added.

Jaishankar also discussed how the rise in Indian oil purchases is being underlined without taking into account the low base of previous imports.